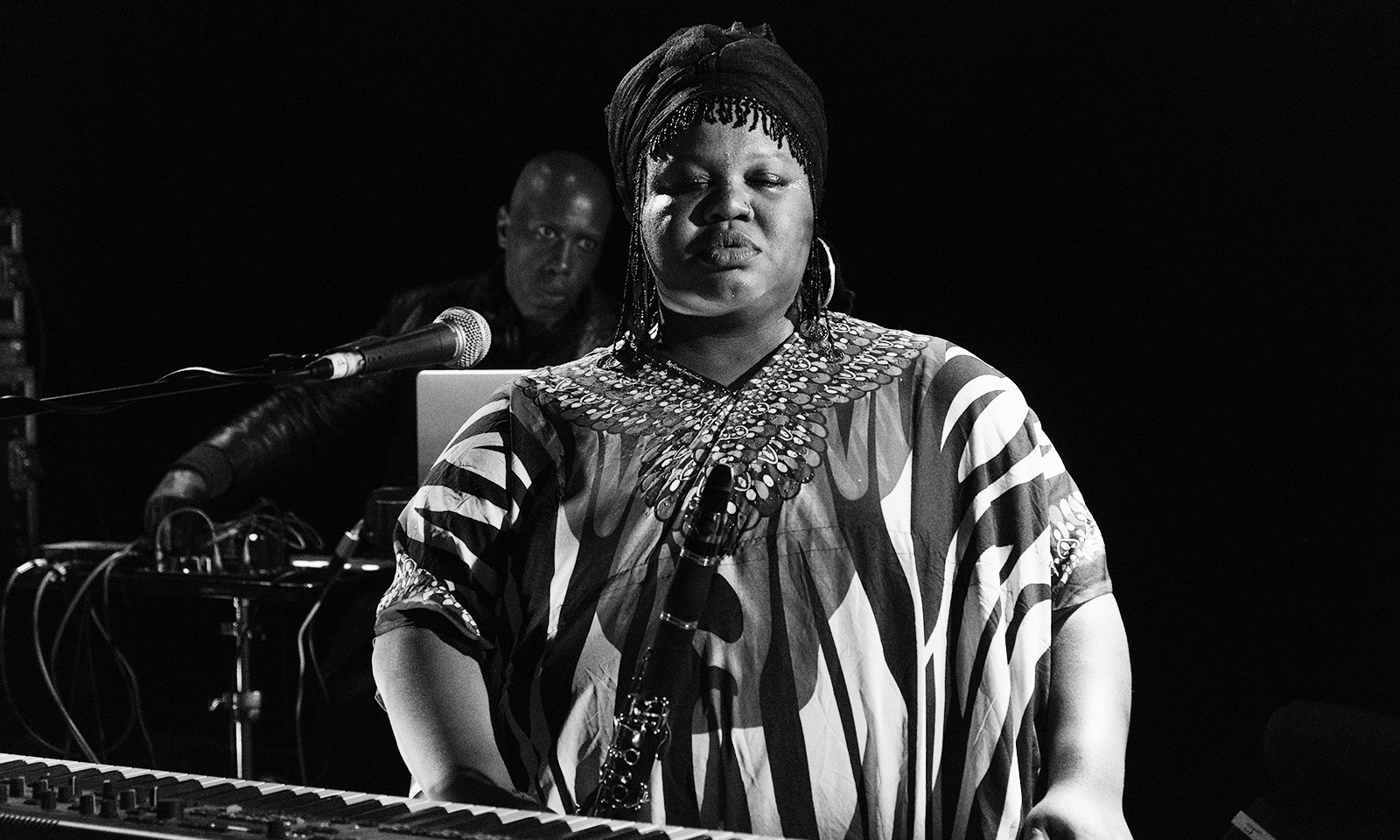 A soul-stirring performer and ascendent force in Chicago’s avant-jazz and improvised music milieu, Angel Bat Dawid charged onto the scene with her widely acclaimed debut album The Oracle (International Anthem, 2019)—recorded on a cell phone and performed and mixed entirely by herself. Dawid is a classically-trained clarinetist, pianist, vocalist, and composer rooted in the rich sonic legacy and experimentation of Chicago’s South Side, from its renowned Black jazz coalitions of the late twentieth century to the impromptu jam sessions and free-form collaborations that cultivated her revelatory sound. Her full-throated and interdisciplinary stylings—drawn from cosmic jazz, gospel, operatic contralto, spoken word, and samplings from Black cultural icons and personal field recordings—have been celebrated by critics and peers alike, and stand as testimony to the beauty and resilience of Black life and the music born of it. In her electrifying performances and recordings, Dawid croons, shouts, chants, screams, and cries, her booming and incendiary presence often backed by the rhythmic interplay of her band, Tha Brothahood.

Playing alongside Dawid is Chicago-based multi-instrumentalist, ethnomusicologist, and member of Tha Brothahood, Adam Zanolini. A deft flutist, saxophonist, oboist, percussionist, and double bassist, and the recipient of a PhD in music, Zanolini is a staple of the Association for the Advancement of Creative Musicians’s cross-generational Great Black Music Ensemble, which fuses the expansive sounds of traditional Black American music with styles from across Africa and its diaspora. As Executive Director of the Elastic Arts Foundation, he is a pivotal figure in Chicago’s artistic scene, supporting and organizing programs at the organization’s venue and throughout the city.

For their Blank Forms performance, in a nod to the current exhibition “Organic Music Societies: Don and Moki Cherry,” Dawid and Zanolini will include a handful of Don Cherry’s songs taught to them by his son, David Ornette Cherry.