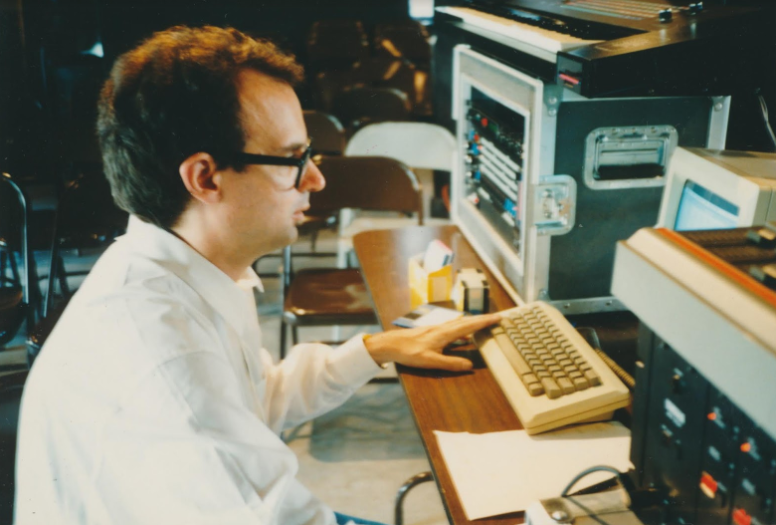 Carl Stone is one of the pioneers of live computer music.  He studied composition at CalArts with Morton Subotnick and James Tenney and has composed electro-acoustic music almost exclusively since 1972. When New Music was exiting the loft scene of the 1970s and entering the more commercial realm of the 1980s, Stone guided his art through that transition period by fusing his compositional ambitions with systems of live performance that were simultaneously pop savvy, commercially suicidal, and technologically forward-thinking.  He moved away from pure electronic sound and was among the vanguard of artists incorporating turntables, early digital samplers, and personal computers into live electronic music composition.  An adopter of the Max programming language while it was still in its earliest development at the IRCAM research center, Stone continues to use it as his primary instrument, both solo and in collaboration with other improvisers.  In addition to his work as a composer, Stone served as Music Director of KPFK-FM in Los Angeles from 1978-1981, director of Meet the Composer California from 1981-1997, and President of the American Music Center from 1992-1995.  He currently divides his time between Los Angeles and Japan, where he is a faculty member of the Department of Media Engineering at Chukyo University in Japan.

Akaihirume is a Japanese singer whose ear is always tuned to the world’s sounds, which she keeps as materials in her shell.  As both an original songwriter and an improviser she has worked with a variety of artists, musicians, action-painters, photographers and more.  Recent collaborators include Simon Fisher Turner, Yasumune Morishige, Akiko Nakayama and Carl Stone. Her singing was used in the soundtrack for the film Dies Irae by Eori Wakakuwa, and features in the sound installation by Duncan Speakman & Sarah Anderson Songs For A Thousand Duets, as part of the Saitama Triennial 2016.  This performance will be her US debut.

Ilan Volkov, began his career as Assistant Conductor of the Boston Symphony Orchestra under Seiji Ozawa, and was Chief Conductor of the BBC Scottish Symphony Orchestra from 2003-2009. Since then he has been the Orchestra’s Principal Guest Conductor. Since 2012 he has concentrated his new music work at Tectonics Festival with editions in Reykjavik, Glasgow, Tel Aviv, New York, and Adelaide. He is a frequent guest conductor with orchestras around the world, including BBC Scottish, and his recordings have won critical acclaim as well as prestigious awards. An active participant in the new music scene, Volkov has premiered many contemporary orchestral works, including compositions by Jonathan Harvey, Hans Abrahamsen, Unsuk Chin, George Lewis and many others. Ilan Volkov also works regularly with leading ensembles in modern music such as Ensemble Modern and Musik Fabrik, and is a member of the improvisation trio Mines, an ensemble consisting of two violins and drums. He has also collaborated with Iancu Dumitrescu, AMM, John Butcher, John Oswald, Zeena Parkins and John Zorn to mention a few.

Carl Stone - Electronic Music from the Seventies and Eighties