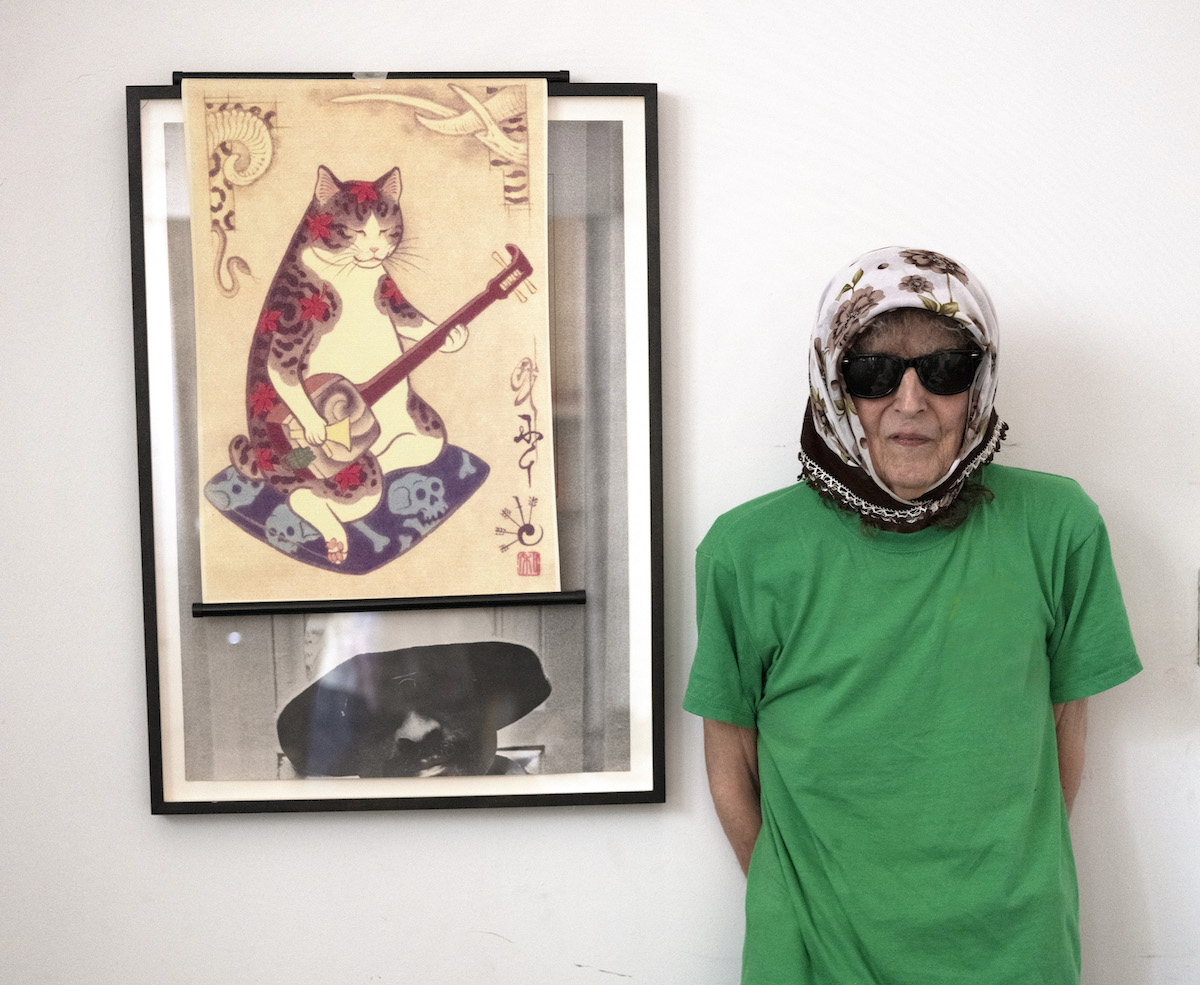 With Solo for Tamburium, Catherine Christer Hennix plays and manipulates recordings of her precisely tuned and continuously sustained tamburas through a keyboard interface, harmonically fusing tones into psychoacoustic textures in the style of her early modal works. Drawing on her study of the tambura, and using the titular instrument created by the artist, Solo manifests Hennix’s characteristic, gradually layered ornamental textures of just intonation modalities—juxtaposing and blending intervallic structures from precision-tuned traditional modal musics, such as raga, maqam, and blues, to allow for new modes to emerge in both explicit and implicit ways. For Hennix, this approach to modality as a multilayered and dynamic process ultimately constitutes a kind of contemplative practice in which increscent, embodied attunement to harmonic vibration gives rise to epistemically transformative states, opening new ways of knowing and being.

Since the late 1960s, composer, musician and sound artist, Hennix has created a massive and innovative body of work  spanning minimal music, computer programming, poetry, sculpture, and light art—pushing the technical and conceptual  boundaries of her media toward singular ends. Hennix was part of the minimalist New York Downtown school of harmonic sound and has worked extensively with some of its key figures, including Henry Flynt and La Monte Young. In the ’70s, Hennix intensively studied the nature and use of harmonic sound with Pandit Pran Nath, a master of the Kirana tradition of classical Hindustani music. Central to her studies were the exceptionally designed tamburas of Pran Nath and the devotional practice, transmitted by him, of carefully tuning and then sounding those instruments in a continuous and even flow. The tamburas became part of Hennix’s main practice and have guided her work with sound ever since.

Upon her return to Sweden from New York in 1971, Hennix sought to form a large ensemble inspired by her encounters with Young and his Theater of Eternal Music. She enlisted Hans Isgren, her brother Peter Hennix, and a dozen Swedish jazz musicians she had previously worked with, naming the group and its pieces of music according to the time and days of the week of the Angus Maclise calendar (e.g. “The Pointed Time Bus”). Frustrated with the jazz musicians’ inability to comprehend and play the intervals of just intonation, she pared the group down to herself, her brother, and Isgren, and christened the just intonation trio the Deontic Miracle. In 1976 at Stockholm’s Moderna Museet, the Deontic Miracle presented their groundbreaking work with high-intensity, combination tone harmony in a series of modal compositions for renaissance oboes, sheng, and harmonic feedback distortion. On this same occasion in 1976, Hennix presented an equally significant body of work for keyboard, including The Electric Harpsichord, a piece which marks the beginning of Hennix’s characteristic keyboard playing style, where dense sonic textures gradually emerge from dynamically shifting harmonic intensities. In all of her work with sound, Hennix engages in perceptual practices focusing on the psychophysical effects of harmonic sound, effects which may ultimately restructure the dynamics of perception and prepare one for entering into the distinctionless state of being she refer to as divine equilibrium.

The Bourse de Commerce is fully accessible for those with disabilities.