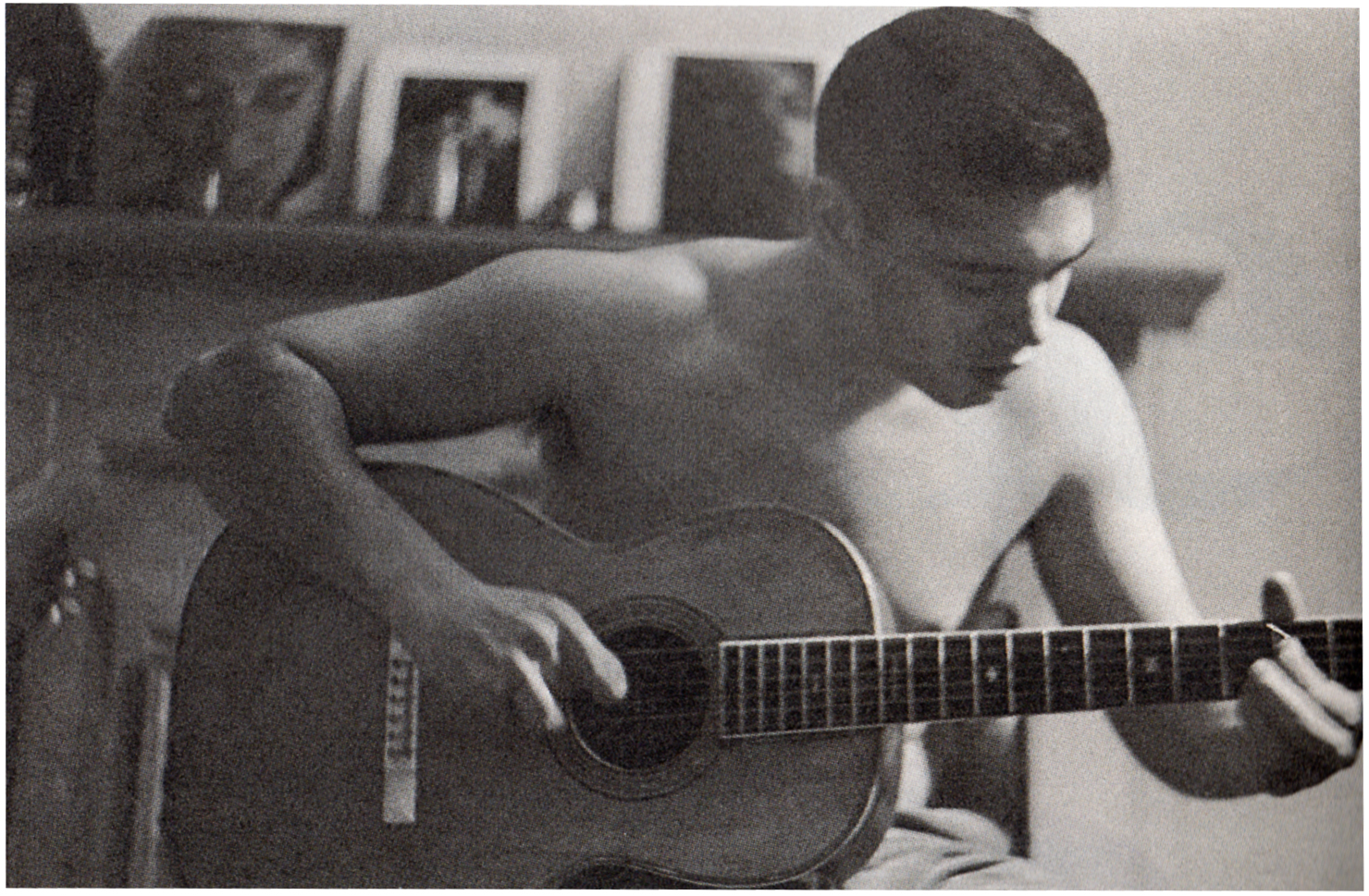 Originally an unassuming busker in Provincetown, MA, Bruce Langhorne grew to be a session guitarist for many artists under the folk revival umbrella, including the Clancy Brothers, Dylan, the Fariñas, Odetta, and Joan Baez. Gaining popularity during this time, Langhorne was hired to soundtrack Peter Fonda’s western, The Hired Hand. This led to a new direction in Langhorne’s career, as he became co-runner of Blue Dolphin Studio, and worked on soundtracks for films such as Idaho Transfer, Stay Hungry, Fighting Mad, Outlaw Blues, and Melvin and Howard. Langhorne expanded into playing more keyboard instruments as his soundtracking career grew, and came to play percussion more often as well. Langhorne has been a rather covert, yet hugely influential force on music ahead of his time. This tribute concert and CD release seek to celebrate the talent and artistry Langhorne has exuded. All proceeds from this concert will go directly to Bruce Langhorne.

Dylan Golden Aycock is part of the new generation of guitar pickers young enough to first have been influenced by early volumes of Tompkins Square Records’ Imaginational Anthem series and then to be anthologized on a later one. Since 2006, Aycock has released a flurry of records and collaborations under various names and runs Scissor Tail Records. His 2016 record Church of Level Track was picked by NPR as one of the year’s top 10 solo guitar albums.

Loren Connors has improvised and composed original guitar music for over four decades. In 1979, Cadence Magazine noted that Connors, who had recently emerged in the scene, was “similar to others in the Advanced Guard of improvising guitarists in that he is trying to extend the boundaries of sound and pitch of acoustic guitar, but he is unique in the utilization of Blues in his work, one could almost say this is Avant Garde Blues. He’s swimming in new waters and beginning to make his own environment.” Connors, who names abstract expressionist painter Mark Rothko his most important influence, performs music that embraces the aesthetics of blues, Irish airs, blues-based rock and other genres while letting go of rigid forms and has been recorded on Family Vineyard, Northern Spy, Drag City, Recital and other labels.

Steve Gunn is a New York-based guitarist and songwriter with a career spanning nearly 15 years, Steve Gunn has produced volumes of critically acclaimed solo, duo, and ensemble recordings that represent milestones of contemporary guitar-driven, forward music. Close listening reveals the influence of Delta and Piedmont country blues, ecstatic free jazz, and psych, as well as the mark of Gnawa and Carnatic music on his continually unfolding compositions.

Guitarist Alan Licht has appeared on over 100 recordings that range from indie rock to minimalist composition to free improvisation. Recent releases include a solo acoustic venture, Currents (VDSQ), a wide-ranging shredding treatise in tandem with Henry Kaiser, Skip to the Solo (Public Eyesore), and a book compilation of concert transcripts of his "talk rock" band with Cory Arcangel and Howie Chen, Title TK (Primary Information).

Steve Shelley is best known as the drummer of Sonic Youth. He currently records and tours with Thurston Moore, Sun Kil Moon, Spectre Folk, Howe Gelb, and Riviera Gaz and Gata Pyramide (both based in Sao Paulo, Brazil). In the recent past he has recorded and/or toured with Yasmine Hamdan, Hallogallo 2010 (with Neu’s Michael Rother), Disappears, Emma Tricca, and J.P. Shilo.

Laura Ortman is a composer, visual artist, hairstylist, and musician who plays violin, Apache violin, piano, electric guitar, musical saw, and samplers. In 2008 she formed the first all-Native American classical orchestra, the Coast Orchestra, which premiered to sold-out shows in D.C. and NYC. She has performed with Stars Like Fleas, The Dust Dive, Black Mirror Picnic, Raft's Assemble, and White Hills and created music for films by Martha Colburn, Blackhorse Lowe, Alan Michelson, and Raquel Chapa. She is a proud member of the White Mountain Apache tribe.