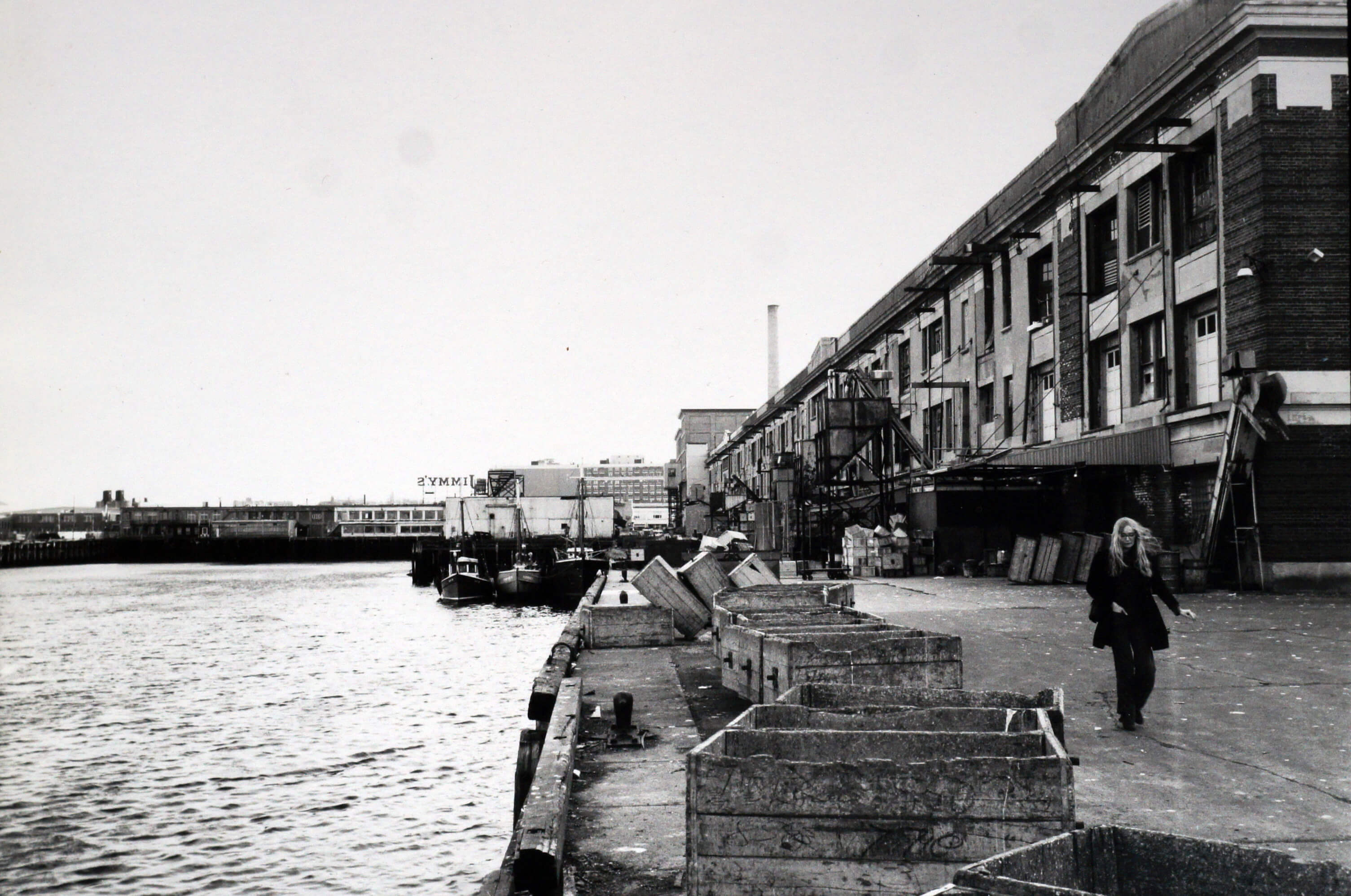 While a Fellow at MIT's Center for Advanced Visual Studies (1972-1976) Maryanne Amacher began a rigorous experimental investigation of the psychoacoustic dimensions of human perception that had come to be increasingly present components of her work up to that point. Otoacoustic emissions, the tones emitted by our ears both spontaneously and as evoked by particular combinations of tones, came to occupy a privileged space in her later work both as a technique (her “ear tones” - as in several published tracks on her two Tzadik CDs) and as a metaphor for the insistently listener-oriented ontology of her musical world (“the listener’s music”). Using Marvin Minsky's Triadex Muse synthesizer, Amacher created her unpublished Tone and Interval Studies - a series of eighteen 1/4'' tapes made between 1976 and 1978 (some labelled in collaboration with Minsky). Working through audio from this series as well as extensive unpublished texts, proposals, and notebooks recording Amacher’s experimental process and perceptual responses to her own experimental audio, the seminar delves into the arcana of Amacher’s working methodology, revealing the depth of knowledge and study upon which her practice was firmly built.

ADDITIONAL TONES WORK BOOK IV (IV) - unpublished source material collected throughout the seventies (including Amacher’s own notes and formulae, as well as reference articles that informed her work by Gerald Oster and others)

Psychoacoustic Phenomena in Musical Composition: Some Features of a Perceptual Geography (1977/2008), as reprinted with a preface in John Zorn’s Arcana III: Musicians on Music (2008)

Maryanne Amacher was born in 1938 in Kane, Pennsylvania. She enrolled in the University of Pennsylvania in 1955, where she studied with composer and theorist Constant Vauclain, George Rochberg, and Karlheinz Stockhausen during his tenure in Philadelphia in 1964 and 1965. After her work at Penn, Amacher went on to hold a series of fellowships - at the University of Illinois’ Studio for Experimental Music, MIT’s Center for Advance Visual Studies (CAVS), SUNY Buffalo, Radcliffe, the Capp Street Project in San Francisco, and many others, also internationally. In the late 1960s, while at SUNY-Buffalo, Amacher pioneered what she called “long distance music,” or telematic, site-related works that would later crystallize into her renowned City Links series. During her time as a fellow at CAVS (1972-1976) she began developing her “ear tone” (otoacoustic based) music with the help of Marvin Minsky's Triadex Muse, a synthesizer and compositional tool utilizing principles of artificial intelligence. While at MIT, her extensive listening research was also profoundly influenced by a continuous, four year long, live feed from Boston Harbor to her studio via a dedicated phone line. After meeting John Cage through Lejaren Hiller at the University of Illinois in 1968, she went on to collaborate with Cage on Lecture on the Weather, and later created Close Up, the sound component for Cage’s Empty Words. Amacher’s Remainder was commissioned for the Merce Cunningham Dance Company piece Torse, and later the Charles Atlas film of the same name. In the late 1970s and early 1980s she developed presentational models for how her subsequent work should be “staged”: Music for Sound-Joined Rooms and Mini Sound Series. Amacher spent the early 1980s also working on the materials for a multi-part drama originally imagined for TV and Radio simulcast called Intelligent Life. While never fully realized, Intelligent Life reveals much of her thinking on music and the advancement of potentialities for future listeners, transcending the social and physiological limitations of music as we know it. Her work in the 1990s continued largely internationally – most often in Europe and Japan. In the US she was commissioned to compose a large-scale work for the Kronos Quartet, received a Guggenheim Fellowship, performed at Woodstock ’94, and released her first CD on Tzadik. In the 2000s, she participated in the Whitney Biennale, joined the faculty of Bard College’s Milton Avery Graduate School of the Arts, released a second CD with Tzadik, and continued to work internationally. In 2005 she received Ars Electronica’s “Golden Nica,” their highest honor. She died in Kingston, NY after sustaining a head injury and a subsequent stroke during the summer of 2009.

Robert The is a New York artist known for his altered book pieces and signage, with works in many public collections including MOMA, LA MOCA, Yale, & The Walker Art Center

Bill Dietz was born in Bisbee, Arizona and has been based in Berlin since 2003. He is a composer, writer, the artistic director of Ensemble Zwischentöne, and co-chair of Music/Sound in Bard College’s MFA program. With Woody Sullender he founded and edits Ear ? Wave ? Event. In 2016 he is Guest Professor at the Academy of Media Arts Cologne.

The Maryanne Amacher Archive
Assembled shortly before her death in the summer and fall of 2009, The Maryanne Amacher Archive was initiated by Robert The and Micah Silver, joined soon after by Bill Dietz. At present, the archive consists of roughly 150 medium sized storage boxes of notebooks, scores, sketches and other papers, and an additional 50 boxes of tapes, cassettes, DATs, floppy disks, videos, and audio in other various formats, as well as assorted electronic music tools, and a miscellany of personal artifacts. Since her passing, the collection has been housed in climate-controlled storage in the city she lived, Kingston, NY. As of 2015, the contents of the archive have been inventoried, and a partial digitization of print materials has been achieved. The Maryanne Amacher Archive has collaborated in public presentations at Ludlow 38 (New York, curated by Axel Wieder and Tobi Maier), the DAAD Galerie (Berlin, also curated by Axel Wieder), Tate Modern (London), the Sao Paolo Biennial, and at the Bonner Kunstverein.