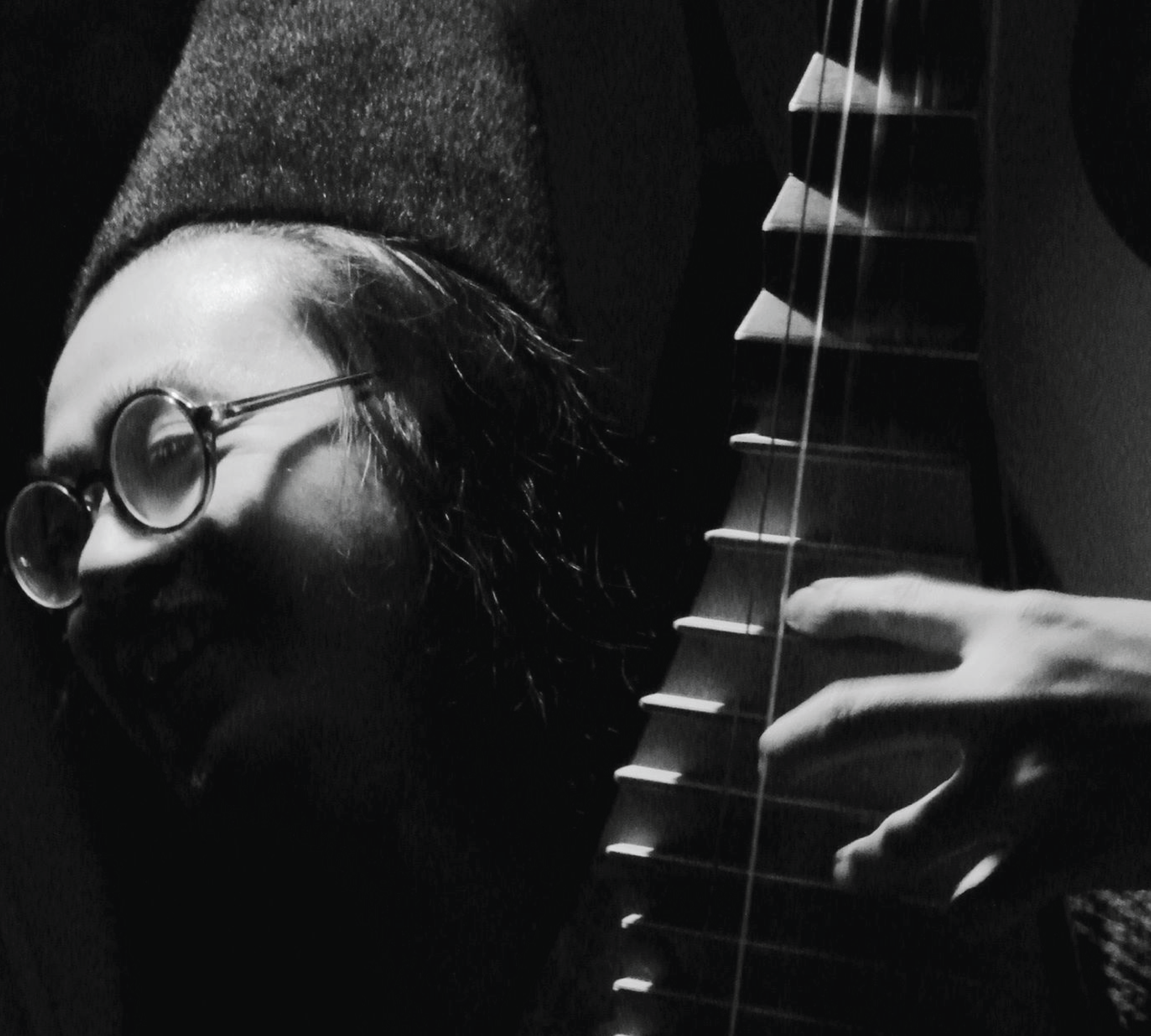 Li Daiguo is one of the leading figures in China’s experimental and new music communities. Performing primarily on pipa and cello, but proficient in a dozen different instruments, he has worked as composer and performer extensively throughout China and internationally over the last ten years. Born in 1981 in Oklahoma to Chinese/Taiwanese parents, Daiguo has studied music since the age of 5, beginning with western classical music on violin and expanding to bluegrass, Chinese classical music, and double bass by the time he entered University. In 2004, Li relocated to mainland China, where he began to develop his unique compositional style, a blend of extended techniques for bowed and plucked instruments, often accompanied by his own throat-singing and beat-boxing. In 2008 he traveled to Zimbabwe to deepen his understanding of polyrhythms and began studying the Shona mbira (or “thumb-piano”). As a composer, he has been commissioned to score dance by the Guangzhou Modern Dance Company, Guangzhou Ballet Company, and Nobu Khan Malaysian Butoh Dance Festival, as well as by video artists such as Fang Lu, Tao Hui, and Serge Onnen. He has collaborated live and on record with trombonist Rick Parker, Buddha Machine creators FM3, Dickson Dee, and Sainkho Namtchylak among many others.

Che Chen is a musician and sound artist based in Brooklyn and Stony Brook, New York. For the most part a self-taught musician, Chen uses the guitar, violin, tape recorders and other musical and "non-musical" objects as a means to explore improvisation, folk forms, tuning and perceptual phenomena. Since 2012 Chen has been most active playing guitar in the band 75 Dollar Bill. While principally a duo with percussionist Rick Brown, 75 Dollar Bill’s modal, polyrhythmic music often manifests itself in expanded lineups varying in size from small ensemble to 25-piece marching band.

David Watson is an experimental musician. Originally working with guitar, he began performing and composing for highland bagpipes in 1993, launching a new era in his career. Developing an experimental approach for bagpipes led him to projects with vocalists Shelley Hirsch and Makigami Koichi, The Afternoon Saints (a group project with Lee Ranaldo, Christian Marclay and Günter Muller) and Glacial, an ongoing trio with Ranaldo and Tony Buck. He has been commissioned to write experimental pieces for traditional pipe-bands, and Phill Niblock created the piece “Bag” using his sounds.

Pitting the sustained tones of their bagpipes and amplified violin against discreet gestures, silence, and noise, Watson and Chen’s strategic approach to improvisation emphasizes the scale, duration, and position of sounds in space.