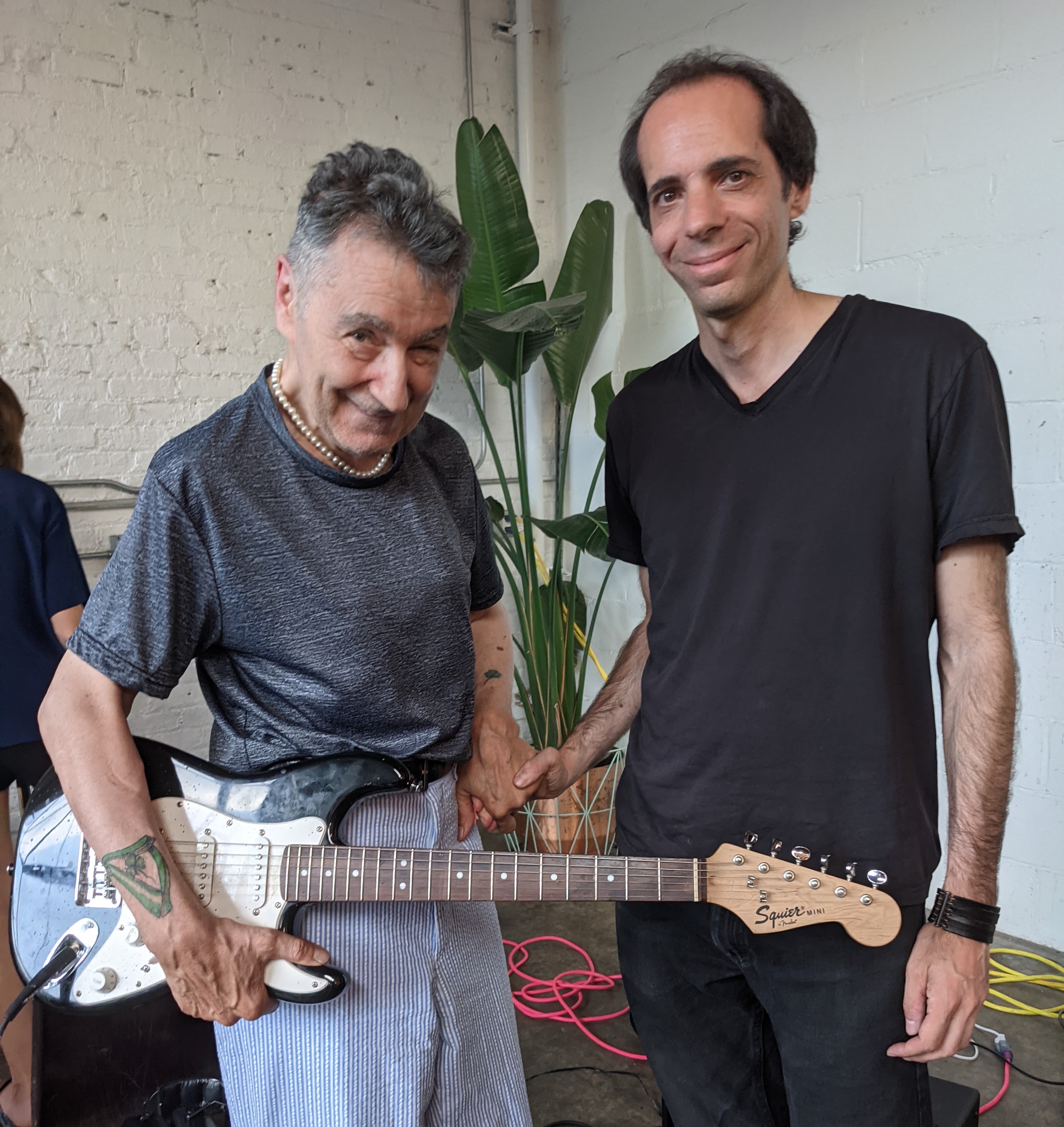 In their early performances, Licht and Connors both played out of Connors’s Fender Princeton amp, establishing a shared sonic medium. Licht followed Connors’s lead, reharmonizing the latter’s doleful blues-tinged guitar lines with his own austere euphony. As their creative relationship has deepened over time, their improvisations have grown more abstract and atonal. Licht and Connors, partners in exploration, conjure inner voyages out of radically extended technique. To celebrate three decades of synergic improvisation, this lauded guitar duo will perform at Blank Forms #1D in Clinton Hill.

Both Connors and Licht are key figures in the pantheon of experimental guitar and have collaborated with the likes of Jim O’Rourke, Keiji Haino, and Kim Gordon. Known for blending minimalism and noise, Licht has additionally worked with Rashied Ali, Jandek, Michael Snow and many others, and to a range of revered bands, from the underground rock of Run On and Love Child to the blistering free improvisations of Rudolph Grey’s Blue Humans. Licht has also written on music extensively. Blank Forms published his book Common Tones: Selected Interviews with Artists and Musicians 1995–2020 in 2021.

Connors, for his part, is among the world’s most singular guitarists. On more than one hundred releases across almost four decades, he has wrung distinct shades of ephemeral blues from his guitar, its sound ever-shifting while remaining unmistakably his own. From his early, splintered take on the Delta bottleneck style to his song-based albums with Suzanne Langille and the painterly abstraction that defines his current work, he is among the few living guitarists whose prolific output can be said to be wholly justified in its plenitude.

Blank Forms is located on the first floor of 468 Grand Ave in Clinton Hill. There is one step down from the entrance to the building. If you require help accessing the space or would like to use our wheelchair ramp, please contact canada@blankforms.org.