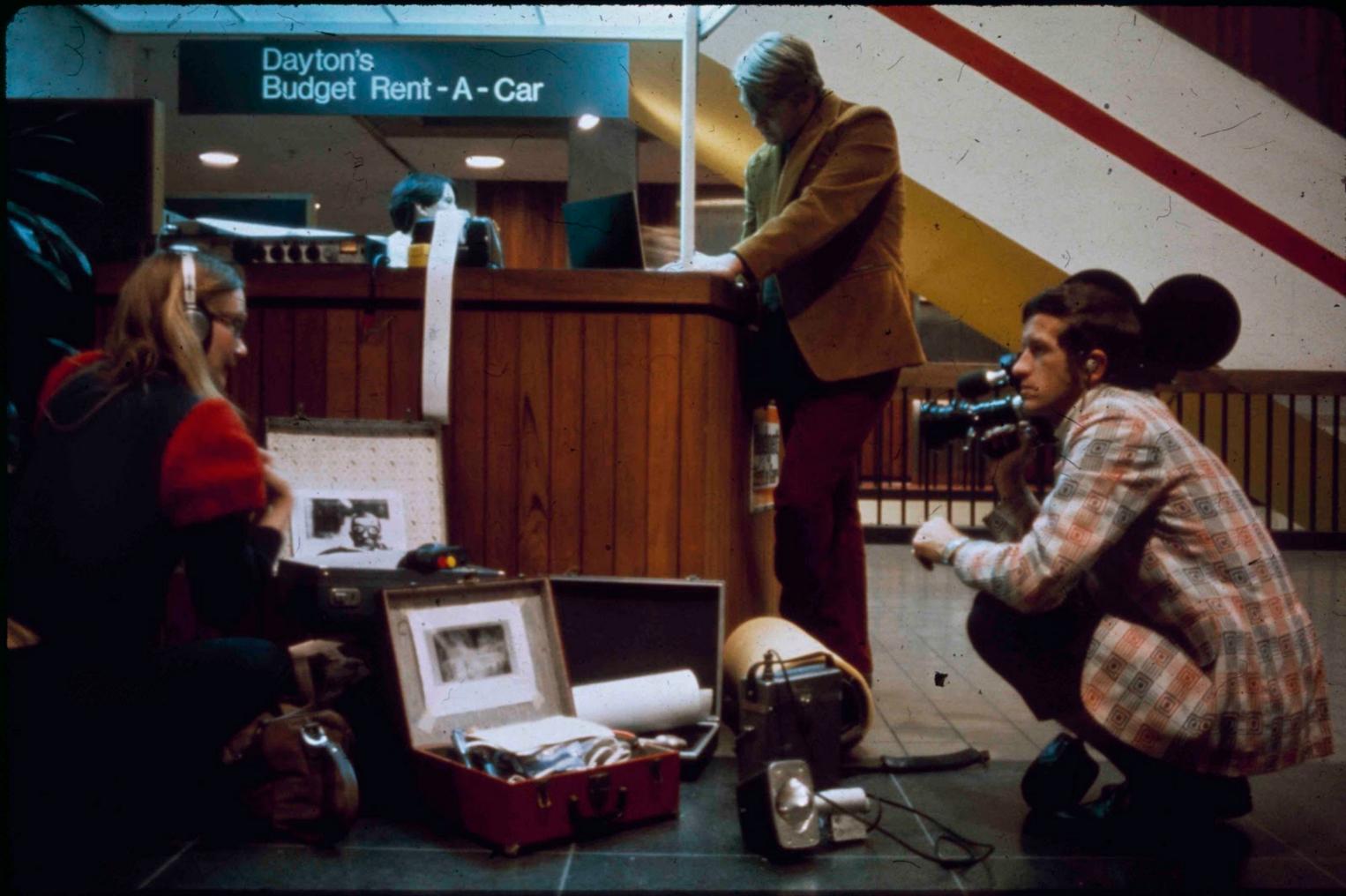 Long Distance Music is the second installment of Labyrinth Gives Way To Skin, Blank Forms’ ongoing initiative to present and preserve the work of Maryanne Amacher through a series of seminars and listening sessions in collaboration with the Maryanne Amacher Archive.

Between 1967 and 1988, Maryanne Amacher produced a 22-part series she titled City-Links. In City-Links, Amacher transmitted live sonic feeds from cities (or multiple sites within the same city) via high-quality telephone lines and mixed these sources live during installations, performances, and radio broadcasts. The sonic environments she selected included harbors, steel mills, stone towers, flour mills, factories, silos, airports, rivers, open fields, utility companies, and musicians “on location." The first in the series, In City (1967), was a 28-hour live mix connecting eight locations around Buffalo via phone lines to WBFO, Buffalo public radio. A very early example of telematic performance, or "long distance music," the project enabled Amacher to connect acoustic spaces distant from each other and thus hear synchronicity "live" as it is.

With City-Links, Amacher reflected upon the changing sense of place created by the general public’s access to air travel and telecommunications in U.S. cities amid de-industrial transformation. Collaborations with visual artists and architects that accompanied the works' sonic components prefigure the dramaturgical strategies organizing Amacher's later “Structure Borne” and “Mini Sound Series.”

This seminar focuses on In City and three other signal City-Links projects: City-Links #4: "Tone and Place, Work I" (1973-1976), City-Links #10: “No More Miles – An Acoustic Twin” (1974) and City-Links #7: “Everything in Air” (1974), drawing from sound in Boston, Minneapolis and Chicago respectively. Attending closely to Amacher’s working notes illuminates a rigorous process informing the selection of local sites to be networked and allows us to query how the works' technical, perceptual, and aesthetic demands intersect with mid-1970s telephone signal processing. Excerpts from the dedicated open-air 15kc telelink connecting Amacher’s Cambridge studio to a microphone set in the window of Boston Harbor’s “Fish Pier” for 3 years reveal the profound listening methodology and study upon which this series, as well as much of her future work, was built.

Amy Cimini is a violist and historical musicologist. She is currently Assistant Professor of Music at UC San Diego, following a Mellon Post-Doctoral Teaching Fellowship in Music Theory at the University of Pennsylvania from 2011-2013. Cimini’s research, teaching and performance engage 20th century philosophy and political thought with an emphasis embodiment and ethics in experimental practice. She has published work drawn from this work in boundary 2, The Journal of Sound Studies, Contemporary Music Review, Gamut and a number of edited volumes. She is currently chair of the Music and Philosophy Study Group of the American Musicological Society.

Hosted at The Emily Harvey Foundation.