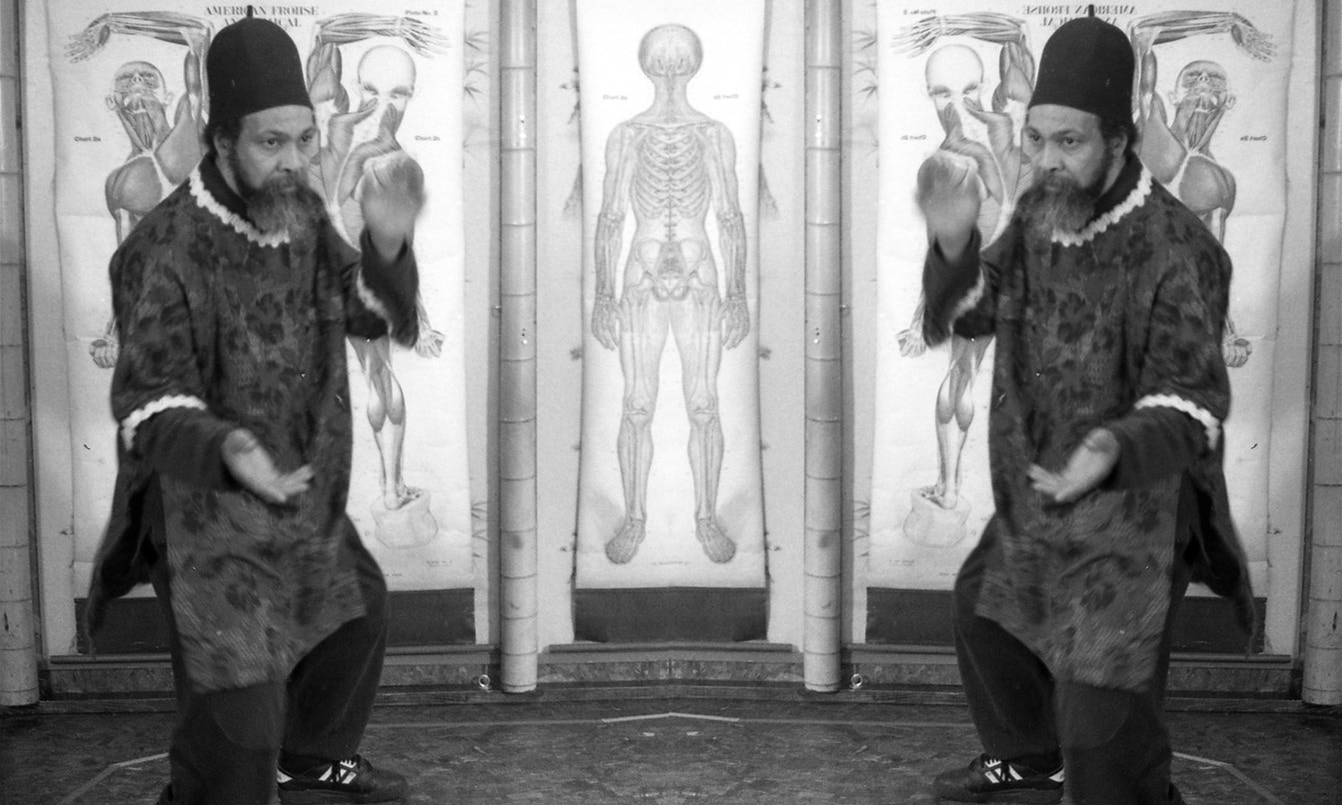 This event is now sold out, but very limited tickets will be available at the door.

Milford Graves (b. 1941, Jamaica, Queens) is one of the great geniuses of the drums, a free jazz pioneer who liberated percussion from its metronomic, time-keeping shackles to activate its potential as a transmitter of arrhythmic, heartfelt energy. An autodidact who came into his own internalizing Afro-Cuban rhythms from the radio and playing in mambo bands, Graves notably transferred the prominence of percussion in Latin music to the context of jazz, incorporating impulses from Indian and African drumming into an ambidextrous marvel of pulsing and shifting polyrhythms. In the ‘60s he was a founding member, with Amiri Baraka and John Tchicai, of the New York Art Quartet, played in legendary sessions with Albert Ayler, Paul Bley, and Sun Ra, and carried Sonny Sharrock’s glorious spiritual masterpiece Black Woman to its zenith. Revered by multiple generations of jazz masters, Graves turned down two separate invitations to join Miles Davis’ band, preferring to dance to the untethered flow of his own drum through collaborations with fellow eccentrics Don Pullen, Andrew Cyrille, and Arthur Doyle. It is in these intimate configurations that Graves’ frenetic style shines most brightly. Credited to the Milford Graves Percussion Ensemble with Sunny Morgan, his 1965 debut as a leader in fact features only Graves and Morgan, but its rhythmic concepts are so kaleidoscopically variegated as to suggest a more abundant personnel. Having done away with the stiffness of the snare and his toms’ bottom heads, Graves plays his drums as tuned membranes, orienting his practice organically towards the corporeal vibration of his audience. His performances are marked by contagious bouts of ecstatic glossolalia, phonetic utterances of primal communication that resonate as universal language.

In addition to being a consummate percussionist, Graves is a polymath whose interests encompass horticulture, cellular biology, sculpture, martial arts, and natural healing. He is Professor Emeritus at Bennington College, where he taught from 1973 to 2011, and in 2000 was awarded a Guggenheim Fellowship that enabled him to continue research into the rhythms of the human heart that so inform his music. His work using recordings of heartbeats to increase blood flow has led to partnership with a team of Italian biologists exploring sound’s capacity to stimulate stem cell growth. Graves views these polyvalent occupations as harmonics of the same fundamental, holistically incorporating them into his conception of biological music as a force for universal healing. In 2018, Graves was the subject of the critically-acclaimed documentary Full Mantis, which combines archival footage with interviews conducted at his home in South Jamaica, Queens, where the septuagenarian continues to work, teach, and garden with life-affirming vigor.

“Music Meets Medicine and Science” is a new composition serving as an extension of Graves’ research into cardiological heart rhythms and their relation to musical therapy. Graves is an informally practiced cardiologist who collects the heart rhythms of musicians, friends, and himself, using a heart monitoring device and an electronic stethoscope. Drawing upon two decades spent developing musical elements from heart recordings, he has produced a set of specific rhythmic structures that will serve as the compositional basis for his overlain improvisations. Using sonifications of heart data, Graves has composed electronic melodies by breaking waveforms into dozens of parts and producing melodies from their rippling sequences. In performance, Graves will embed the physiological melodies into his own live percussion, amplifying the vibrations of the body as a backdrop for his improvisation. The premiere of this new composition will flow into a talk and workshop with participants Akash Mittal, Dor Ben-Amotz, Shahzad Ismaily, and Jake Meginsky.

Gavin Brown's enterprise is fully accessible and ADA compliant. Please write at least three days before the event and we will make every effort to accommodate you.

Milford Graves: Music Meets Medicine and Science is made possible by the New York State Council on the Arts with the support of Governor Andrew M. Cuomo and the New York State Legislature.Event sponsored by Lagunitas Brewing Company.