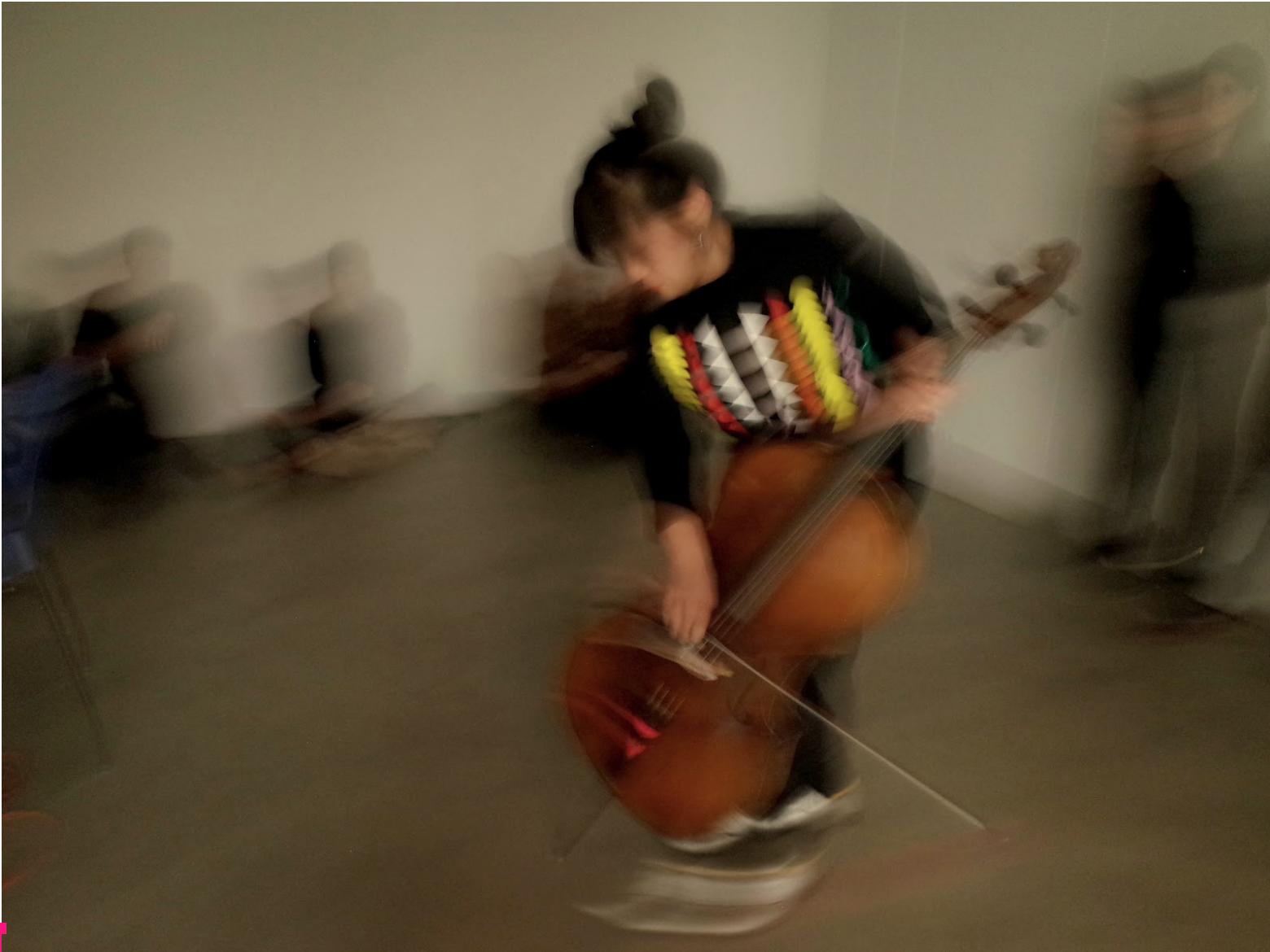 While Lee is renowned for her intense and distinctive cello playing, and Lampert for his films and expanded cinema performances, as a duo the longtime collaborators stage events that are entirely unlike what either does solo or in other contexts. Using pre-determined elements and improvised structures, they create an unpredictable stepchild of musical theater at once humorously discordant and abstractly narrative. While it is hard to say what they will do here, to date all their shows have involved music, sound, words, an audience, a ticket, and a venue. Why should this one be any different?

Andrew Lampert is at the forefront of a new generation of artists engaging with film, video and performance, revisiting and extending the dialogue around an expanded cinema. Lampert explores the cinematic experience as content, experimenting with the physical spaces between projector and projectionist, audience and screen, and with the experiences made possible through their convergence.

Okkyung Lee, a New York-based artist and South Korea native, has created a body of work blurring genre boundaries through collaborations and compositions while pushing the limitations of contemporary cello performance. Her music draws from noise and extended techniques, jazz, Western classical, and Korean traditional and popular music.

Robert Aiki Aubrey Lowe is an artist and composer working with voice in the realm of spontaneous music, often under his Lichens moniker. Most recently, his focus in live performance and recordings has been creating patch pieces with modular synthesizer and tonal vocal work. This marriage of synthesis and the voice has added a heightened physicality to his ecstatic music, both in a live setting and on record. The sensitivity of analogue modular systems echoes the organic nature of vocal expression, which triggers a trancelike state that ushers in a mode of deeper listening. Thematically and structurally, Lowe’s work tends toward the human relationship with the natural/magical world and the repetition of motifs. He is a member of experimental metal band Om and has collaborated with Ariel Kalma, Lucky Dragons, Jóhann Jóhannsson, Tyondai Braxton and Genesis P-Orridge. He lives and works in Brooklyn, New York.