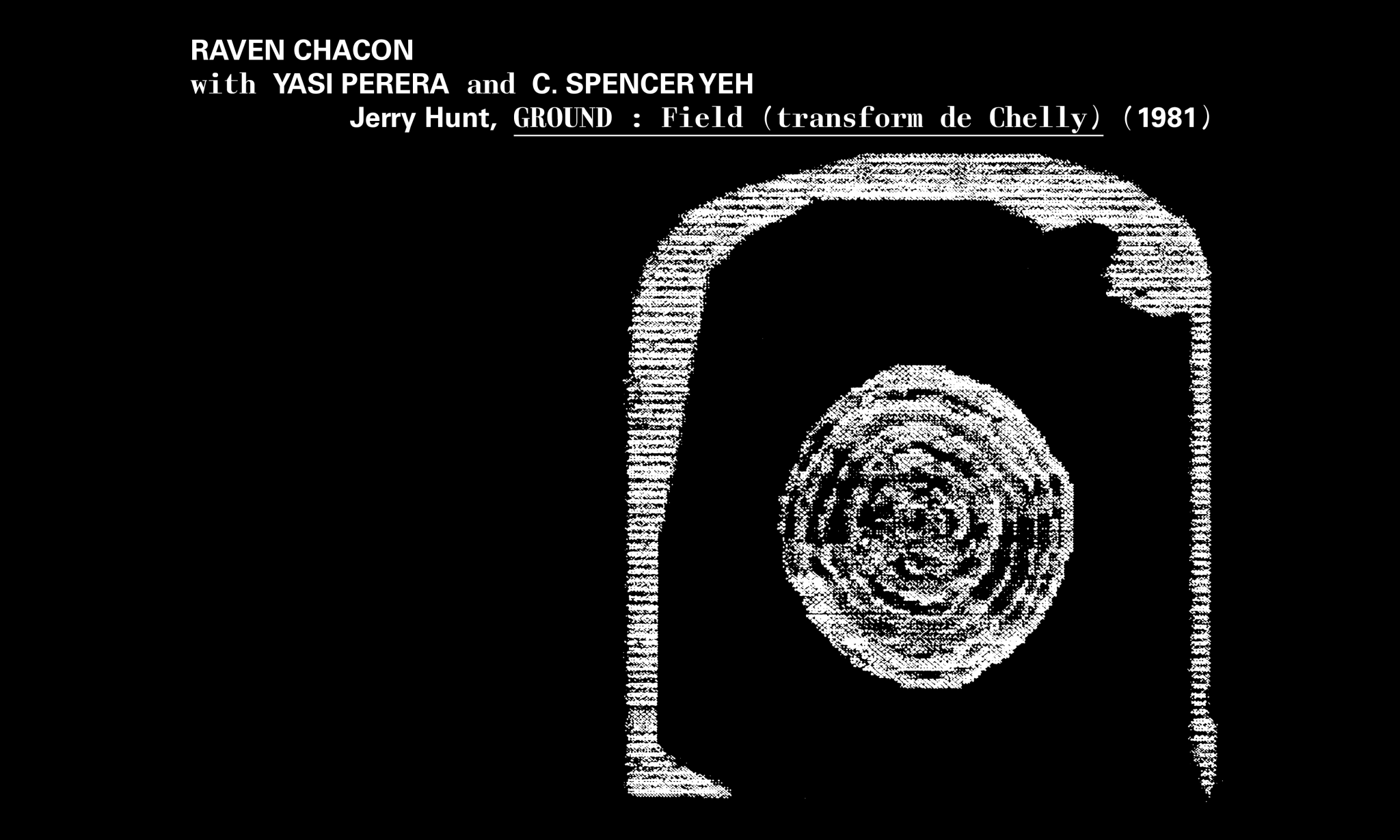 As part of Blank Forms’ continued engagement with the work of Jerry Hunt (1943–1993), Raven Chacon, Yasi Perera, and C. Spencer Yeh will perform the 1981 composition GROUND : Field (transform de Chelly) from Hunt’s Ground cycle, a suite of compositions originally envisioned as an experimental operatic interpretation of George Elliot’s serial novel The Mill on the Floss (1860). In his own words, GROUND : Field (transform de chelly) derives its “procedural material . . from the documentation of the skyring action of Edward Kelley produced by John Dee.” Hunt began Ground in the early ’80s and would continue working on it through the next decade.

Raven Chacon is a composer, performer, and installation artist who grew up near Canyon de Chelly on the Navajo Nation.

Yasi Perera studied speech and hearing with John Ohala and Erv Hafter and then worked for Don Buchla for ten years building musical instruments. The only piece they’ve performed written by someone they didn’t know is Jerry Hunt’s Sur John Dee (1966).

C. Spencer Yeh is an artist, musician, and composer based in Brooklyn, New York.