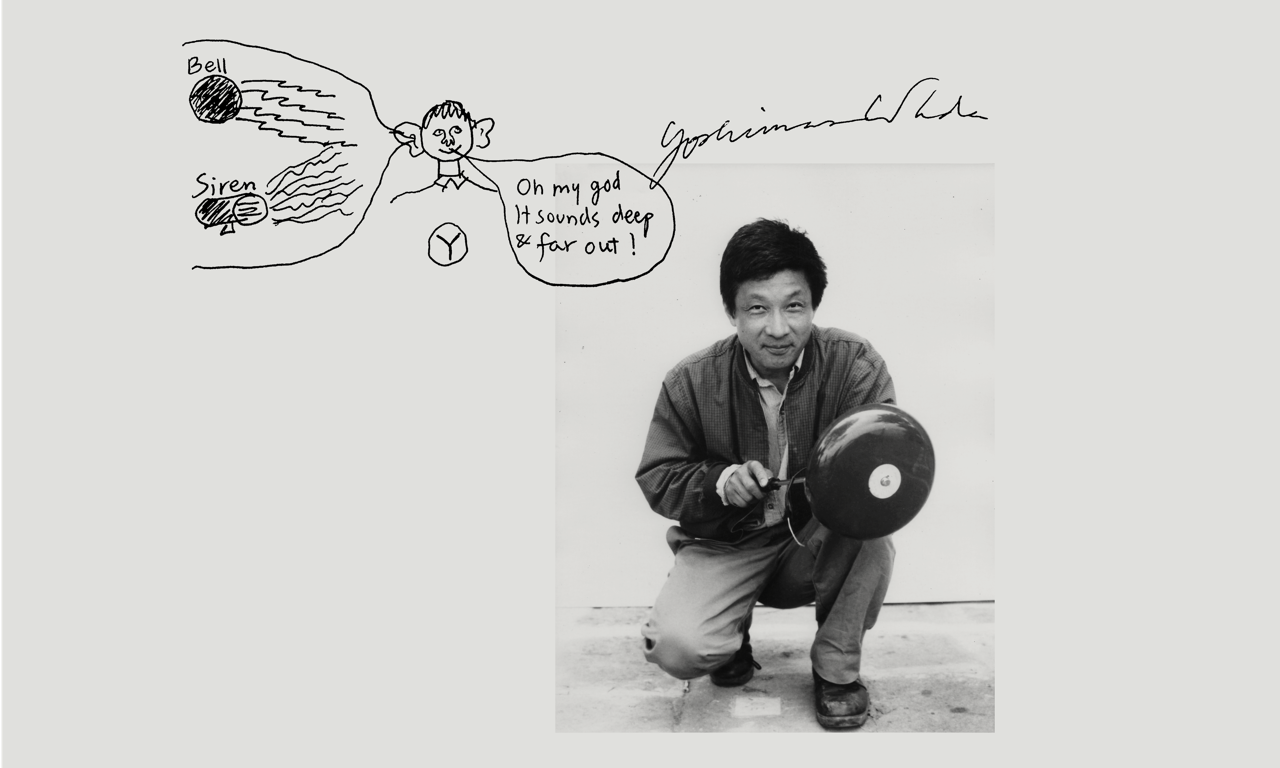 Please note that this performance follows a private memorial service. Due to capacity restrictions, reservations are only to join the waitlist. We will contact individuals on the waitlist directly if seats become available. Reservations do not guarantee entry.

Please join us in celebration of the life and art of our friend, composer and artist Yoshi Wada, with an extended performance of Wada’s iconic 1974 work, Earth Horns with Electronic Drone, under the direction of his son, Tashi Wada. The performance will feature Wada's original pipe horn instruments and the electronics system, reconstructed for the occasion by his collaborator, Liz Phillips.

Composer, artist, and pioneer of minimalist sound, Yoshi Wada (1943–2021) was a fixture of New York’s experimental art scene for more than fifty years. Born in Kyoto, Japan, on November 11, 1943, Wada gravitated towards avant-garde art and music from a young age, receiving a degree in sculpture from Kyoto City University of Arts before moving to New York in 1967. There, he joined the Fluxus movement after meeting its founder, George Maciunius, and studied music composition with La Monte Young, North Indian singing with Pandit Pran Nath, and Scottish bagpipes with James McIntosh and Nancy Crutcher.

In the early 1970s, Wada began his own radical experiments in sound creation, building homemade musical instruments and writing compositions for them based on his personal research in timbre, resonance, and improvisation with the overtone series. The first of these instruments, the Pipe Horns, were constructed of plumbing materials and reminiscent of oversized Tibetan and Alpine horns. Wada would go on to combine these instruments with synthesizer electronics in what became known as Earth Horns with Electronic Drone (1974). In the late ’70s, Wada began playing and experimenting with bagpipes, and soon after, designed his reed-based drone instruments the Elephantine Crocodile and the Alligator, on which he recorded his seminal album, Lament for the Rise and Fall of the Elephantine Crocodile (India Navigation, 1982). While a DAAD artist-in-residence in Berlin in the early ’80s, Wada began to fabricate pipe organs and to experiment with room acoustics combined with other musical instruments, leading to his second album, Off the Wall (FMP, 1985). In the late ’80s and throughout the ’90s, Wada experimented with computer-operated sound installations, including his large-scale interactive installation The Appointed Cloud, presented in 1987 in the New York Hall of Science’s Great Hall.

Wada’s performances and sound installations offered listeners the opportunity to consider what we hear, the way we hear it, and the meaning of hearing. Wada has remained an important and widely-influential figure for generations of artists and musicians, and in the past decade he collaborated extensively with his son, composer and musician Tashi Wada. In addition to his son, Wada is survived by his former wife Marilyn Bogerd, his daughter Manon Bogerd Wada, and a granddaughter.

Tashi Wada is a composer and performer based in Los Angeles. Wada studied composition at CalArts with James Tenney and for many years performed alongside his father, Yoshi Wada. He has presented his music internationally and collaborated with a range of artists including Charles Curtis, Simone Forti, and Julia Holter. Wada founded and runs the label Saltern. His most recent album Nue, a collaboration with his father, was released by RVNG Intl.