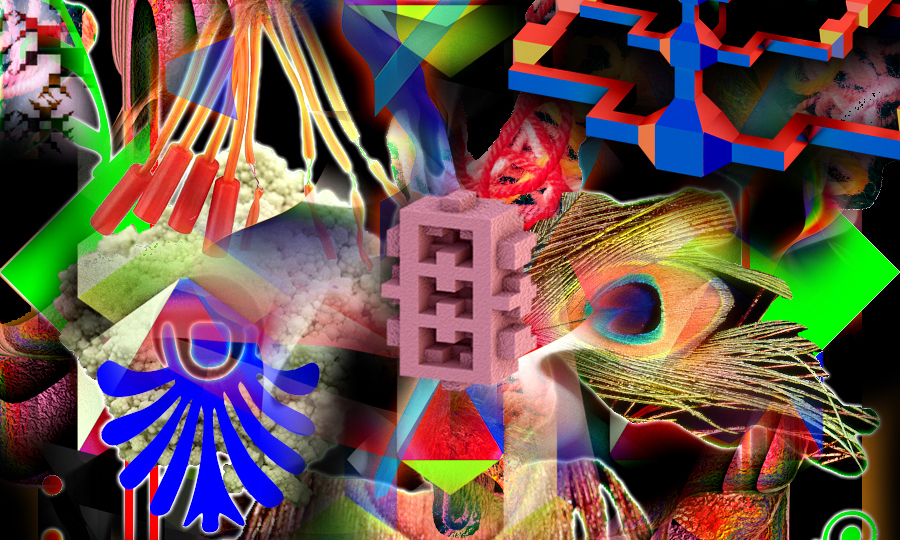 Across his visual and sonic practices, Jan Anderzén is a master of collage. The Finnish artist deconstructs, rearranges, and transforms materials to psychedelic effect, producing a cosmic patchwork with his multimedia output. For the past two decades Anderzén has been the frontman of avant-garde sound group Kemialliset Ystävät, a whimsical collective that weaves together found samples and joyous improvisation in their prismatic, genre-defying recordings. In a solo endeavor, Anderzén makes music under the guise of Tomutonttu, a creature who looks after all the dust.

Constructing a responsive sonic-interactive environment, Tomutonttu and MSHR will present a string of six new compositions activated by performance. The artists call these works “musical ecosystems including human presence,” and each is produced collaboratively and guided by a series of original sonic interfaces that eschew traditional controls in favor of embodied interaction. This tactile and multi-iterative installation features three brilliantly hued quilts collaged by Anderzén and incorporating kaleidoscopic patterns, hieroglyph-like symbols, and digitally-rendered geometric forms. The artists’ collaboration at Blank Forms extends an ongoing exchange—of samples, images, animation loops, and other materials—between Anderzén and MSHR, realized here as a total environment operating on a logic of its own.