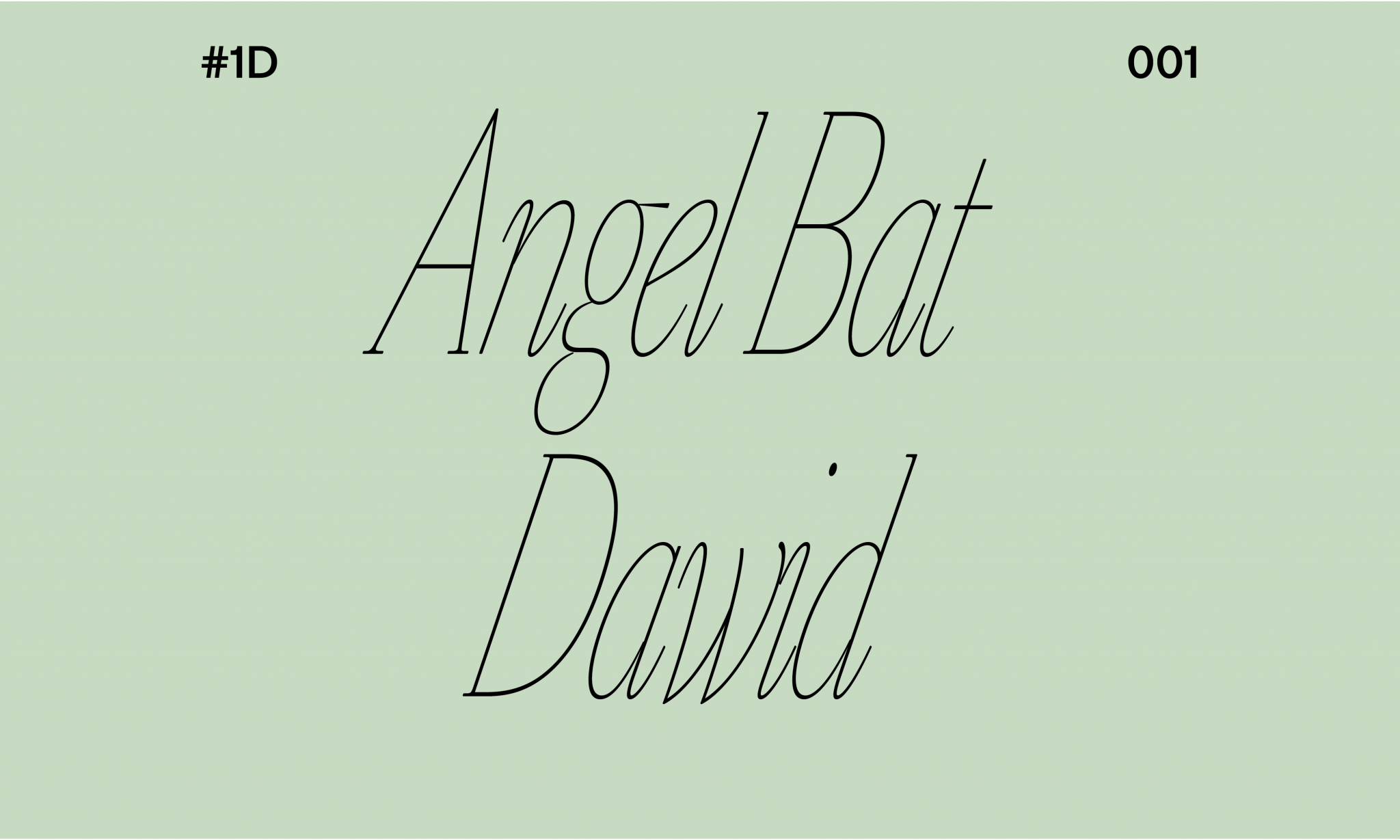 This is the first in a series of solo performances at Blank Forms’s new performance and listening space downstairs at 468 Grand Ave. Each iteration will invite one artist to Blank Forms for an intimately-scaled event, available exclusively to Blank Forms members. To inaugurate the series and venue, Blank Forms will host a members-only open house on Saturday, June 26 from 4pm to 7pm, including extended viewing hours for the exhibition “Organic Music Societies: Don and Moki Cherry,” and a special performance by composer, clarinetist, and jazz luminary Angel Bat Dawid.

A soul-stirring performer and ascendent force in Chicago’s avant-jazz and improvised music milieu, Angel Bat Dawid charged onto the scene with her widely acclaimed debut album The Oracle (International Anthem, 2019)—recorded on a cell phone and performed and mixed entirely by herself. Dawid is a classically-trained clarinetist, pianist, vocalist, and composer rooted in the rich sonic legacy and experimentation of Chicago’s South Side, from its renowned Black jazz coalitions of the late twentieth century to the impromptu jam sessions and free-form collaborations that cultivated her revelatory sound. Her full-throated and interdisciplinary stylings—drawn from cosmic jazz, gospel, operatic contralto, spoken word, and samplings from Black cultural icons and personal field recordings—have been celebrated by critics and peers alike, and stand as testimony to the beauty and resilience of Black life and the music born of it. In her electrifying performances and recordings, Dawid croons, shouts, chants, screams, and cries, her booming and incendiary presence often backed by the rhythmic interplay of her band, Tha Brothahood.

If you are a member and have questions about ticketing, please contact julia@blankforms.org.

This event will be filled to capacity without enforced masks or social distancing. To ensure everyone's safety, proof of full COVID-19 vaccination completed at least two weeks prior to the event date will be required for entry.