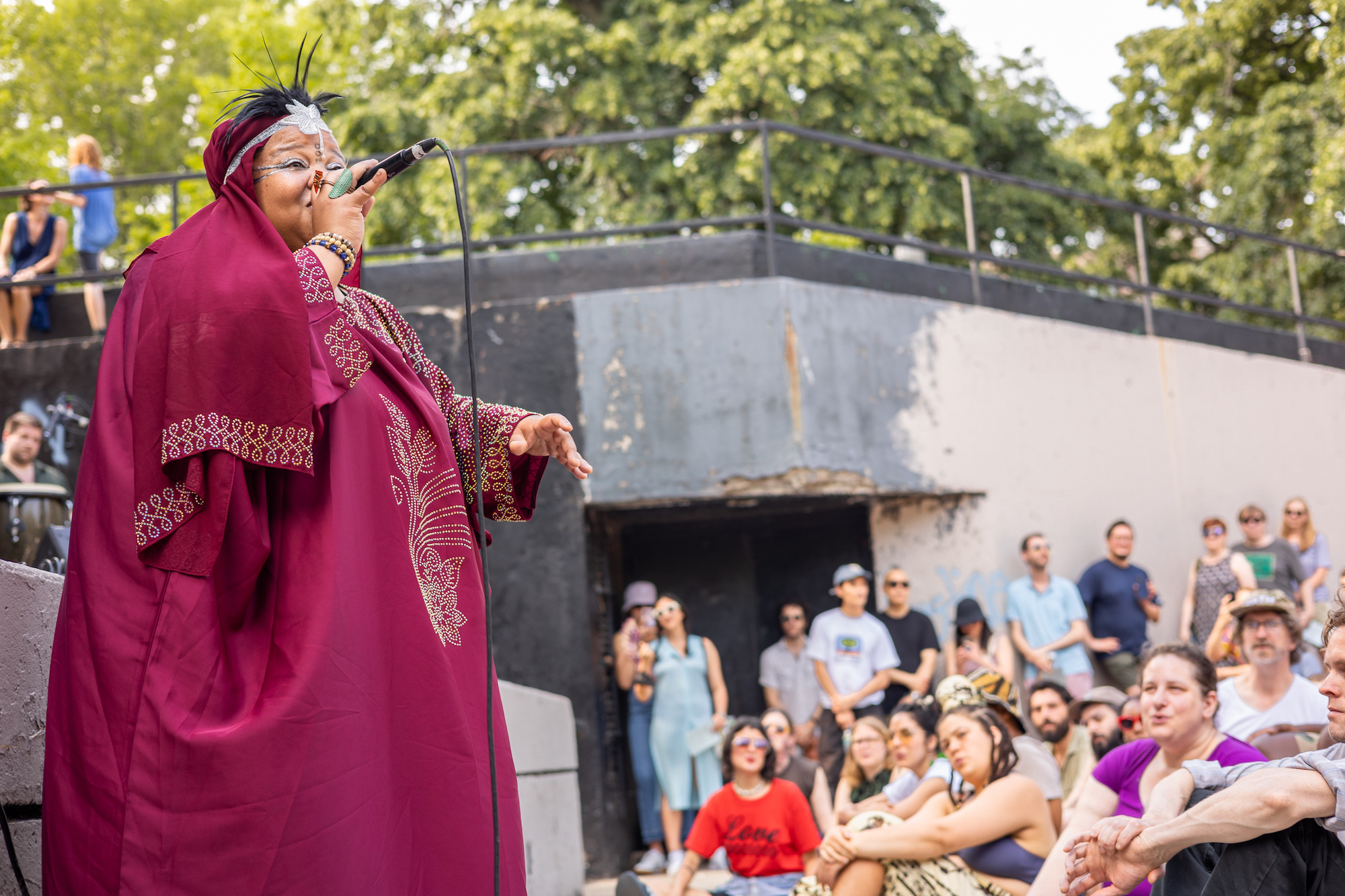 Angel Bat Dawid (b. Angel Elmore, 1979) is a multi-instrumentalist, composer, singer, educator, and a leading contemporary practitioner of Great Black Music, exemplified by her performances with her group, Tha Brothahood. Over the last half-decade, Bat Dawid has become a cornerstone of Chicago’s improvised music community and an outspoken voice for racial equity and the musical history of Blackness. Though she is most often associated with what many call spiritual jazz, Bat Dawid’s writing and recordings feature numerous strands of Black American Music and the many sound traditions of the African diaspora. Angel Elmore arrived in Chicago only as a teen, yet she has become deeply associated with the city’s long creative music tradition. She took up the clarinet in high school before studying music at Roosevelt University, but did not begin a full-time practice until 2014, joining the open music sessions led by saxophonist David Boykin at his Sonic Healing Ministries. It was there that Bat Dawid discovered the improvised music of the Association for the Advancement of Creative Musicians (AACM), which became her artistic beacon. Soon after, she co-founded the Participatory Music Coalition, convening young West and South Side improvisers, many of whom she continues to play and commune with in Tha Brothahood. A prolific composer, Angel Bat Dawid is a consummate bandleader and collaborator, always involved with innumerous bands and projects. In addition to Tha Brothahood, Bat Dawid is a member of Damon Locks’s Black Monument Ensemble, plays in the electronic duo called Daoui, the improvising trio Sistazz of the Nitty Gritty, and the ten-piece Chicago-and-Detroit-based band Autophysiopsychic Millennium, whose performances invoke the works and words of Dr. Yusef Lateef. Outside Chicago, Bat Dawid’s many collaborators have included members of the Sun Ra Arkestra and the German post-rock group the Notwist, the British jazz group Sons of Kemet, and the South African electronic duo dumama + kechou.

The Bourse de Commerce is fully accessible for those with disabilities.