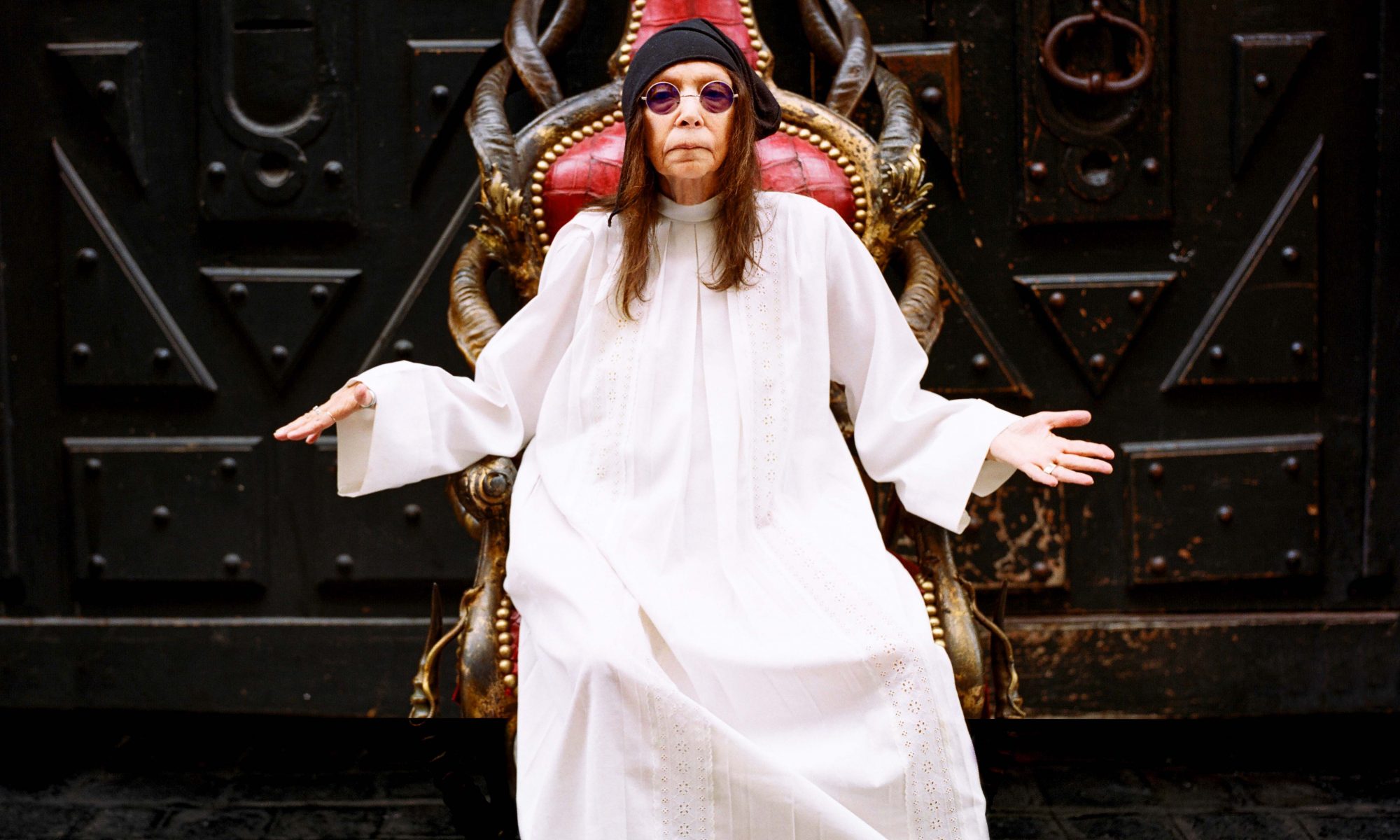 The Bourse de Commerce, the new museum of the Pinault Collection in Paris, France, has invited Blank Forms to inaugurate its Auditorium with a series of performances. These are the first events in an ongoing collaboration between the two organizations, and were developed in response to the David Hammons exhibition on view at the Bourse de Commerce—Pinault Collection through December 31, 2021.

A free spirit of French chanson, a poetess who deliberately sticks to the fringe, Brigitte Fontaine (b. 1939) has established herself as a radical musical icon. Somewhere far away, between a furious love of life and a disregard for norms, she has carved out her own path since her first daring and experimental albums with the support of the avant-garde jazz orchestra, the Art Ensemble of Chicago. Carried by a constant attention to words, a keen sense of discovery and encounters, she is ahead of her time, always pushing the boundaries through moving, funny, and impertinent records, such as her latest album, Terre Neuve (2020). “A raw and sculpted performer, an author and writer, a woman of letters, in short, a born and reborn poetess, an actress who doesn’t try, but does, lean and lazy but sparing no pain, all of this makes for a charred and peppery, but also sweet main course that is called Brigitte Fontaine. This not-too nihilistic, not-too terrorist creator-destroyer who loves belles lettres and bel canto, embraces you with affection.”

Percussionist and drummer Famoudou Don Moye (b. Donald Moye, Jr., 1946) is a career-long disciple of African American, African, and Caribbean rhythmic techniques best known for his ongoing, fifty-year tenure as the pulse-bearer behind avant-garde jazz trail-blazers the Art Ensemble of Chicago. Born in Rochester, NY, Moye began his career in creative music while a student of philosophy and percussion in Detroit, where he was mentored by trumpeter Charles Moore and, in 1966, first encountered the Art Ensemble through the Detroit Artists Workshop collective. Seeking to escape domestic political turmoil in the wake of Dr. Martin Luther King Jr.’s assassination, Moye took an opportunity to travel to Europe as a member of the Detroit Free Jazz group only to arrive in Paris as the civil unrest of May ’68 began to erupt. Out of the frying pan and into the fire, Moye worked with Sonny Sharrock, Pharoah Sanders, and Steve Lacy in Europe, and traveled to Africa to collaborate with Moroccan Gnawa musicians and study the Mandingo djembe with Malinké master drummer Famoudou Konaté, from whom Moye he derived his name, in 1985. While he was living in Paris, the percussion-less quartet version of the Art Ensemble of Chicago asked Moye to join in 1969, and he has been a permanent member ever since.

Moye’s first release, the exploratory solo LP Sun Percussion, Volume One (AECO Records, 1975) referenced his heliocentric, meditative philosophy of the drum that, in tandem with his commitment to large ensembles, has since evolved into the Sun Percussion Summit. His vast discography includes more than seventy albums with the Art Ensemble, more than one-hundred recordings as a bandleader and bandmember with groups including Lester Bowie's Brass Fantasy, Lester Bowie's New York Organ Ensemble, The Kirk Lightsey Trio, and jazz supergroup The Leaders; credits on Tulio De Piscopo's Italian disco classic “Stop Bajon” with Pino Daniele; and countless sessions with the likes of Sun Ra, Milford Graves, Wadada Leo Smith, Hamiet Bluiett, Julius Hemphill, Kenny Clarke, Von Freeman, Randy Weston, Joseph Jarman, Baba Sissoko, Cecil McBee, and many others. A two-time recipient of grants from the National Endowment for the Arts, Moye now lives in Marseille, France, where he continues his research into the rhythms and instruments of the African Diaspora, abiding by his core tenets of patience, discipline, endurance, and focus. Taking the Art Ensemble’s mantra “Great Black Music—Ancient to the Future” to heart, he promotes cross-cultural exchange through the presentation of international workshops with the hopes of supporting world peace, indigenous cultures, and creative productivity for all human beings.