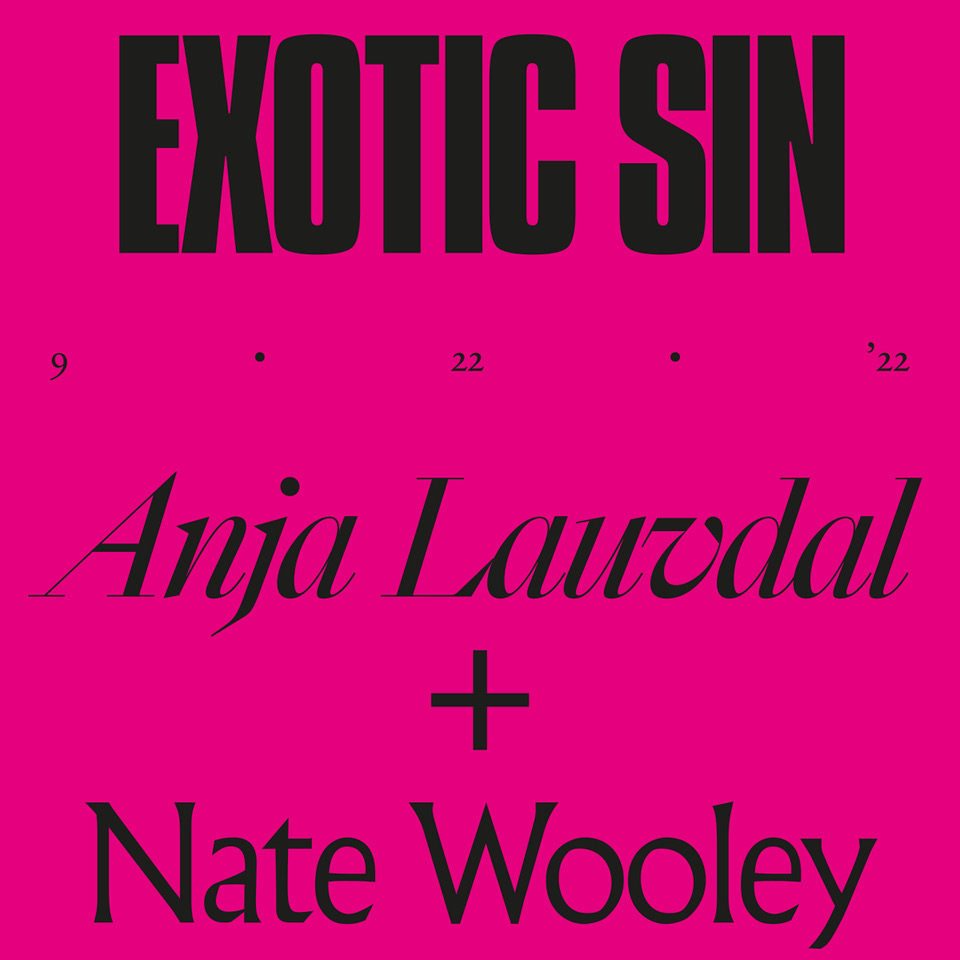 For the opening evening of a two-night series, Exotic Sin will play for the first time in New York, followed by an improvisational duo performance from Nate Wooley and Anja Lauvdal.

With a contorted, cosmic sound that fuses the free-form expressions of spiritual jazz with the compositional strategies of classic minimalism, Exotic Sin—composed of visual artist, archivist, and musician Naima Karlsson and multi-instrumentalist and improvisor Kenichi Iwasa—revels in the exhilaration of sonic contrast. Karlsson and Iwasa initially collaborated in a tribute Karlsson’s forebears, Don and Moki Cherry, and subsequently formed Exotic Sin,—playing Don’s trumpet and jerry-rigged “zen saxophones” alongside their own synthesizers, celesta, bells, a Yamaha keyboard and a guitaret to make a sound entirely their own. Their interdisciplinary roots and commitment to tonal and stylistic juxtapositions continue and update the synergistic approach that defined Don and Moki’s art and life.

Anja Lauvdal works free form on acoustic piano, organs, and synthesizers and is a graduate of the jazz program at the Trondheim Conservatory of Music. In recent years, she has been a creative force on the experimental music scene in Oslo and has also lent her support to such Norwegian artful notables as Jenny Hval and Sverre Knudsen, while collaborating with members of Sydney’s The Necks and London’s Chaos Orchestra. Though stylistically disparate, her projects share a disdain for musical safety, leaning into spontaneity, while exhibiting Lauvdal’s equal comfort with naive acoustic melancholy or digital colorful matter.

Nate Wooley moved to New York in 2001 and has since become one of the most in-demand trumpet players in the burgeoning Brooklyn jazz, improv, noise, and new music scenes. His iconoclastic solo playing has been cited as being part of an international revolution in improvised trumpet, redefining the physical boundaries of the horn as well as demolishing the way the trumpet is perceived through a combination of vocalization, extreme extended technique, noise and drone aesthetics, amplification and feedback, and compositional rigor. He has performed regularly with such icons as John Zorn, Anthony Braxton, Fred Frith, and Evan Parker.

This program is presented in partnership with the Munchmuseet, Oslo, and is made possible with generous support from the Norwegian Consulate General.