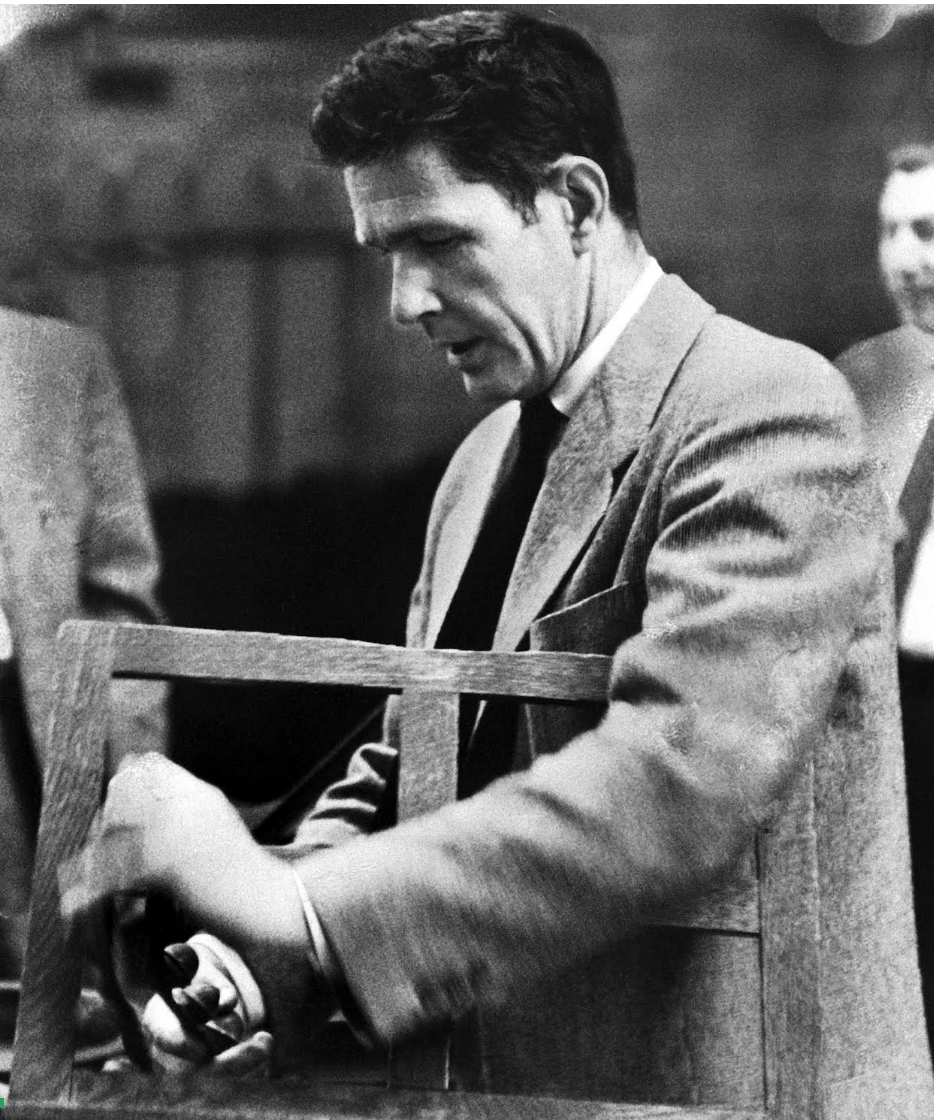 Please join us to celebrate the publication of Experimentations: John Cage in Music, Art, and Architecture with a conversation between the author, Branden W. Joseph and Benjamin Piekut.

Experimentations charts the development of experimental composer John Cage’s aesthetic production from 1940 to 1972.  Paying particular attention to Cage’s inter- and cross-disciplinary engagements with the visual arts and architecture during this period, the book sheds new light on some of Cage’s most influential innovations including the use of noise, silence, chance techniques, indeterminacy, electronic technologies, and computerization, as well as investigating lesser-known but important ideas and strategies such as transparency, multiplicity, virtuality, and actualization.  Ultimately, it traces the development of Cage’s avant-garde aesthetic and political project as it transformed from an emulation of historical avant-garde precedents such as futurism and the Bauhaus to the development of important precedents for the post-World War II movements of happenings and Fluxus, to its ultimate abandonment in the aftermath of problems encountered in the vast, multimedia composition HPSCHD

Branden W. Joseph is the Frank Gallipoli Professor of Modern and Contemporary Art at Columbia University, whose work focuses on the relations between the visual arts, music, and film.  In addition to Experimentations, he is author of Beyond the Dream Syndicate: Tony Conrad and the Arts after Cage (2008), The Roh and the Cooked: Tony Conrad and Beverly Grant in Europe (2012), Anthony McCall: The Solid Light Films and Related Works (ed. Chris Eamon, 2005), and Random Order: Robert Rauschenberg and the Neo-Avant-Garde (2003), as well as the editor of Kim Gordon, Is It My Body? Selected Texts (2014).

Benjamin Piekut is Associate Professor of Musicology at Cornell University.  Student of a wide range of experimental musics in the United States and Europe, he is the author of Experimentalism Otherwise: The New York Avant-Garde and its Limits (2011), editor of Tomorrow is the Question: New Directions in Experimental Music Studies (2014), and co-editor (with George E. Lewis) of The Oxford Handbook of Critical Improvisation Studies (2016).