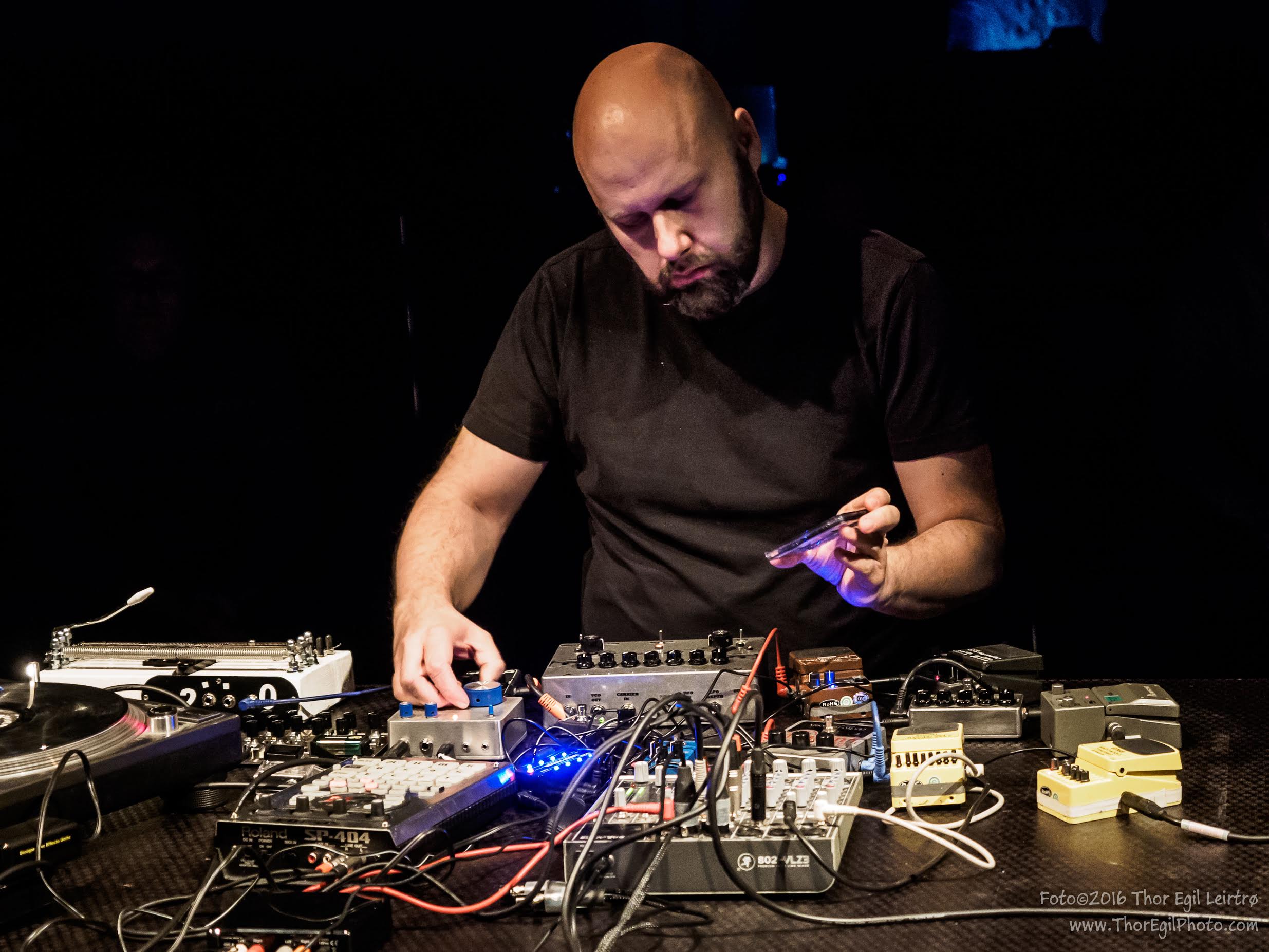 Lasse Marhaug (b. 1974) has since the early 1990s been one of the most active artists in the Norwegian noise/experimental music scene. As a performer and composer he has contributed to well over 300 CD, vinyl and cassette releases on labels like Touch and Editions Mego, as well as his own Pica Disk, Jazzasin and Prisma Records. With a penchant for an intensity derived from his beloved extreme metal, Marhaug works with instrumentation ranging from effects pedals and homemade electronics to computers and modified guitars, but considers the mixing board his main instrument. In addition to his solo work, Marhaug plays regularly in projects Jazkamer, DEL and Testicle Hazard and has collaborated with the likes of Merzbow, Sunn O))), Jenny Hval, Kevin Drumm, Oren Ambarchi, Aube, Richard Pinhas, Ken Vandermark and Otomo Yoshihide. In 2011 he started his Marhaug Forlag, a small publishing enterprise for the rather large gray area of celestial noise, esoteric music and related visual expressions/excesses. Marhaug was born and currently lives in the city of Bodø, in the northern regions within the Arctic Circle in Norway.

C. Spencer Yeh was born in Taipei Taiwan and is currently based in Brooklyn New York. Yeh's sonic practice first developed within the autodidactic and venturesome strategies of the American and International underground, most prominently with his project Burning Star Core.  Preferring the distinction of "working with sound and music" over more familiar nominations of "musician," Yeh considers not only timbre, texture, and temporality as material considerations, but the construction of genre, audience, and lore as part of the listener/consumer's experience.  Having amalgamated numerous artistic mediums and roles over his numerous endeavors, Yeh's formative infatuation with noise and improvised music could still be regarded as his most unadulterated expression a bespoke array of facilities and parlance on a foundation of unconventional musical pedagogy.

Presented with support from the Norwegian Consulate General.