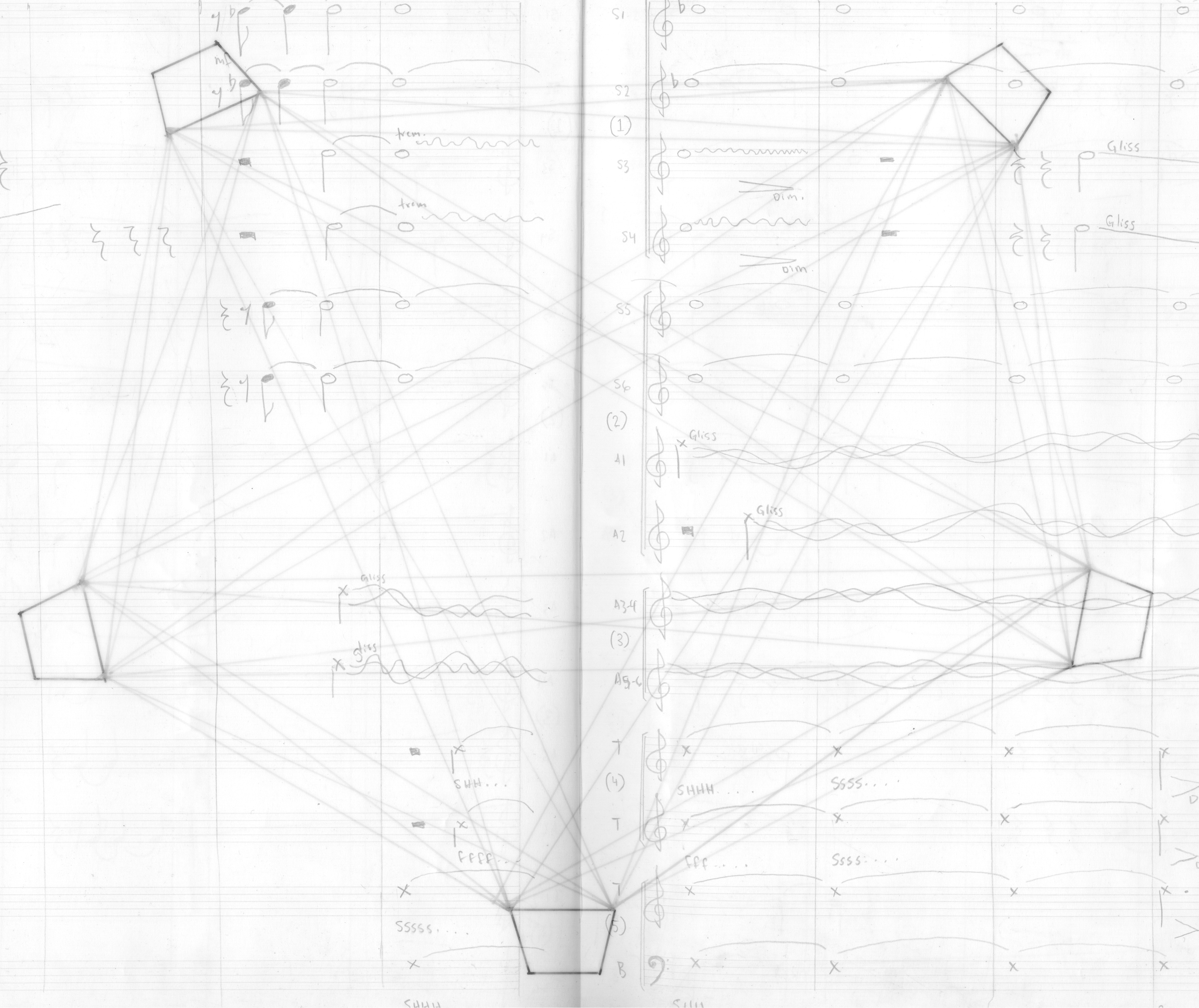 Lea Bertucci is an American sound artist, composer and performer whose work describes relationships between acoustic phenomena and biological resonance. Her work often incorporates multi-channel speaker arrays, electroacoustic feedback, extended instrumental/vocal technique, and tape collage. As an instrumentalist, she takes an idiosyncratic approach to the amplification of woodwind instruments, creating organic yet electrified sonic interventions. Her debut solo LP, Resonance Shapes, was released in 2013 on the Obsolete Units label and has been praised by A Closer Listen as a "grand exploration of the possibilities inherent in sound.” She is a 2016 MacDowell Fellow in composition and a 2015 ISSUE Project Room Artist-in-Residence. Her discography includes a number of solo and collaborative releases on various underground independent labels in the US and Europe, most recently, All That Is Solid Melts Into Air, on NNA Tapes.

ORACLE is a new large-scale work for 20-voice Trinity Youth Chorus in surround sound. The piece combines children’s voices with dynamic and subtle voice processing to create an artificial acoustic environment in the outdoor performance space. Drawing from noise aesthetics and borrowing some extended techniques from the avant-garde tradition, ORACLE approaches the possibilities of the human voice using dissonance, resonance and texture. In lieu of lyrics, onomatopoeic words and glottal consonants form the content of the work, emphasizing the fragile and transitory timbres of the children’s voices. Electronic processing of the singers' voices plays an integral role in the composition. With the use of customized Eventide plugins, reverberation will be subtly and dynamically added to the singers' voices at crucial points in the composition, allowing the voices to take on a ghostly resonance. Through an extensive rehearsal process, the work will foster an environment of learning, offering the choristers an expanded idea of what music can be and emphasizing the value of exploration in creating unique sounds.