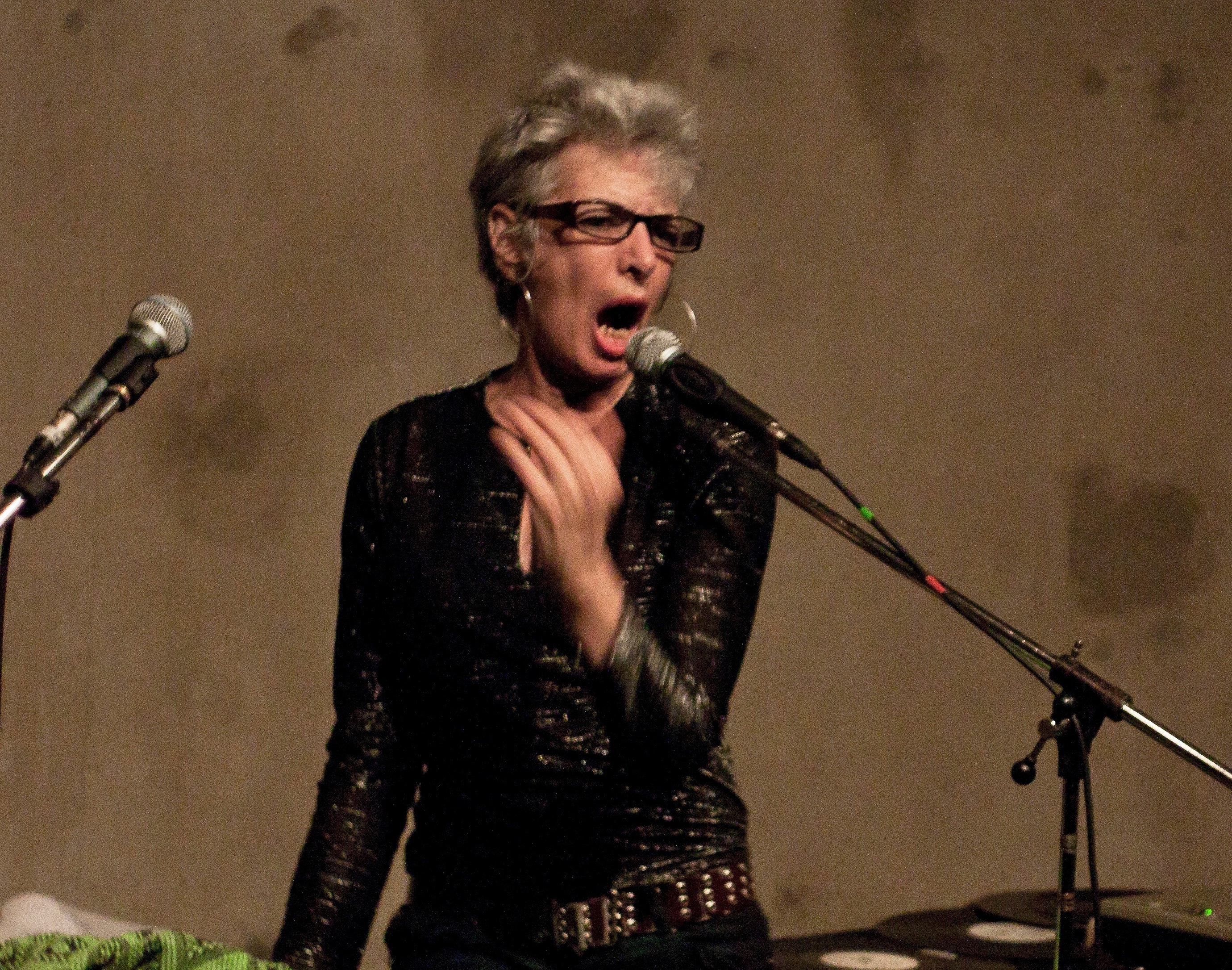 Brooklyn born and raised Shelley Hirsch is a critically acclaimed vocal artist, composer, and storyteller whose solo compositions, staged multimedia works, improvisations, radio plays, installations and collaborations have been produced and presented in concert halls, clubs, festivals, theaters, museums, galleries and on radio, film and television on 5 continents. Hirsch began touring at age 19 in an experimental theater company in the SF Bay area and brings many of those concepts to her work today. She has been called a fountain of sonic mercury and has a virtuosic command of extended vocal techniques and vocal styles, imparting an enormous versatility to her music. Whether on her written narrative works such as O Little Town of East New York, her homage and virtual duet with the late great Jerry Hunt, or her stream of consciousness free improvisations, she uses the body as the storage house of memory to bring her unique music storytelling to life. Hirsch can be heard on over 70 commercial recordings, including several improvised music collaborations on FMP and several of her composed works and collaborations on Tzadik. She is the 2017 recipient of a prestigious Guggenheim Fellowship and a Foundation for Contemporary Arts fellowship and remains both internationally renowned and an essential figure of New York’s avant-garde downtown scene.

Book-Bark-Tree-Skin-Line is a celebration of language centered on an investigation of the words of the title—book, bark, tree, skin, line—and their etymological, poetic, mnemonic, and sonic properties. Shelley Hirsch has written a text score and composed a multi-track recording featuring her voice which will be used as a template for its own elaboration through a series of public workshops and group collaborations. Drawing upon her ongoing workshop “Explore Your 1000 Voices”, Hirsch has assembled a diverse chorus of musicians and improvisers who speak several languages and play various styles of music to participate in this experimental work-in-process. During open rehearsals in the park, Hirsch will work collaboratively with the vocalists/musicians to create sung and spoken parts for their particular talents to be performed in varied formations, including sections of solos and improvisations, throughout her residency. Hirsch will also be recording interviews with park-goers about their associations with the words of the title, to be edited and added to her pre-recorded material. For the final presentation she will improvise with these collected associations, conduct the members of the chorus, and prompt the audience to engage in an extended choir. Hirsch’s compositions for voice and tape are often collaged from an enormous variety of musical styles and vocal techniques. Book-Bark-Tree-Skin-Line is a continuation of this compositional practice and lifelong fascination with the way that language, stories, and song grow out of primal vocal utterance and voiced gestures intrinsically located in the body.