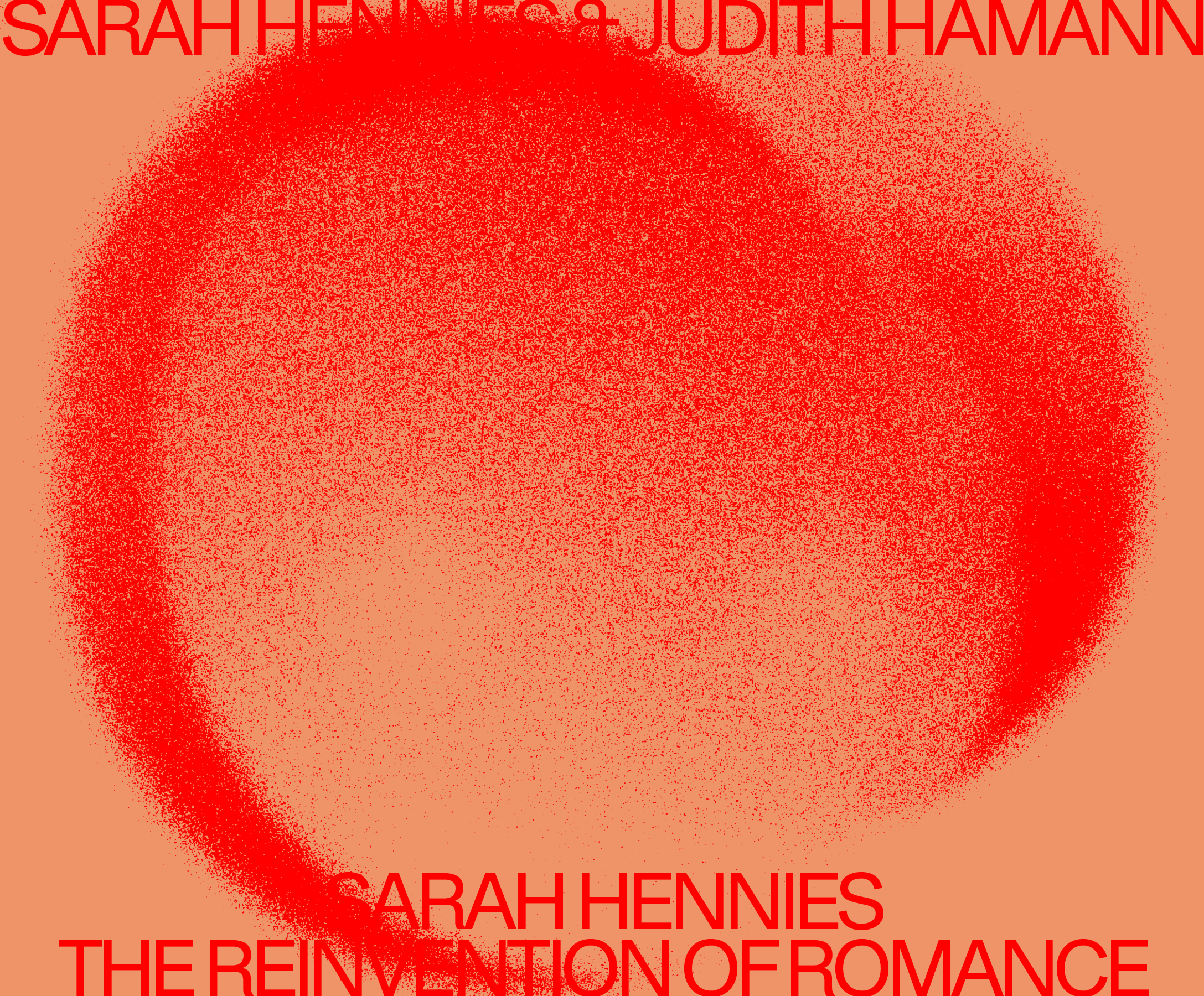 Sarah Hennies’s extended composition The Reinvention of Romance stages the interplay of one cellist and one percussionist over an hour and a half of shifting timbres, mutating patterns, and poignant silences. Originally performed in 2018 by its commissioners, Ashlee Booth and Adam Lion of the coupled duo Two-Way Street, The Reinvention of Romance was inspired by the sometimes mundane, sometimes transcendent experience of domestic cohabitation, drawing its structure from the repetition of prosaic actions which characterizes much of the time spent together within a household.

Described by Hennies as simultaneously “tender and personal and intense,” the piece is minimal but far from austere, as each of its self-enclosed passages builds upon the narrative suggested by its provocative title. Like two partners carrying out their daily routines in tandem, the cello and percussion exist alongside each other, their casual closeness defined by a mutually agreed upon boundary as they fade in and out of conversation. With quiet determination, Hennies reinvents romance as a durational act born not of grand gestures but of hard-won intimacy. In Hennies’s own words, The Reinvention of Romance, “ties together everything I care about,” serving as the perfect introduction to her sonic world of vulnerable relationality.

For the work’s New York premiere at Blank Forms, Hennies on percussion will be accompanied by Judith Hamann on cello. Fittingly for a piece about long-term commitments, Hamann and Hennies’s musical partnership dates back to 2018, when Hennies composed Loss for Hamann’s record Music for Cello and Humming (Blank Forms Editions, 2020).

Sarah Hennies is a composer based in upstate New York whose work engages with affective and sociopolitical issues such as queer and trans identity, love, and intimacy by means of psychoacoustics and an expanded field of percussion. Forced to build their own set-ups, percussionists are, for Hennies, the only instrumentalists with the freedom to define themselves. A formally trained percussionist, Hennies’s penchant for the abnormal has yielded maladroit performances of multitudinous cheap, thrifted bells as well as ultra-minimalist poundings of woodblock and vibraphone. Hennies has composed acoustic music for ensembles and performers including Bearthoven, Claire Chase, Nate Wooley, and Yarn/Wire, while her recorded output has been released by Blume, No Rent Records, Astral Spirits, and Black Truffle, among other labels. Hennies is currently a visiting assistant professor of music at Bard College in Annandale-on-Hudson, New York.

Judith Hamann is a cellist and performer-composer from Naarm/Melbourne, currently based in Berlin. A leading figure in experimental and embodied composition, their practice is rooted in process and incorporates performance, improvisation, electro-acoustics, field recording, electronics, and site-specific generative work. Trained in contemporary classical repertoire with renowned cellists including Charles Curtis and Séverine Ballon, and the recipient of a doctor of musical arts from University of California San Diego, Hamann has performed widely in solo and collaborative modes, working with musicians including Eliane Radigue, Tashi Wada, and La Monte Young and presenting interdisciplinary and experimental projects with visual artists like Keith Deverell and Sabina Maselli. In their recent research, Hamann examines the expressions and manifestations of shaking and humming as a formal and intimate encounters, interrogates collapse as a generative imaginary surface, and considers the de-mastering’ of bodies, both human and non-human, in settler-colonial heritage instrumental practice and pedagogy.

Blank Forms is located on the first floor of 468 Grand Ave. There is one step down from the entrance to the building. If you require help accessing the space or would like to use our wheelchair ramp, please contact canada@blankforms.org and we will happily assist.