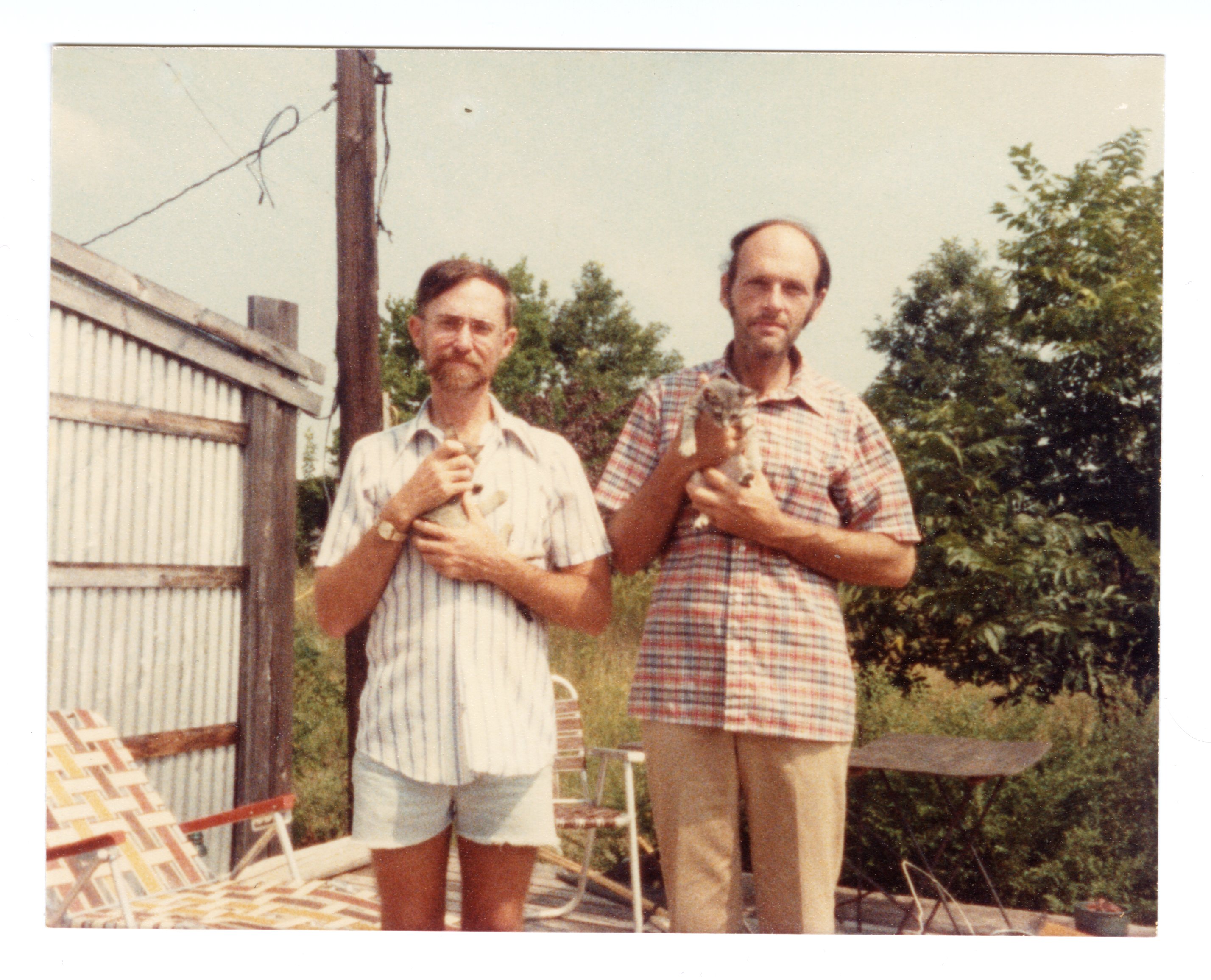 Stephen Housewright (left) and Jerry Hunt at their home outside of Canton, Texas, ca. 1980. Photographer unknown.

In celebration of Blank Forms Editions’s 2021 publication of Partners, a memoir by Stephen Housewright, please join Lawrence Kumpf and Tyler Maxin, curators of “Jerry Hunt: Transmissions from the Pleroma,” for a conversation with the author at Unnameable Books in Prospect Heights, Brooklyn on Wednesday, May 25, at 7pm.

Partners concerns Housewright’s relationship with his widow, the Texas-born composer and artist Jerry Hunt. The couple met in the eighth grade and were together until Hunt took own life in 1993 following a battle with lung cancer. This intimate book, dubbed “a striking act of care” by the Brooklyn Rail, was originally self-published in a small edition in 1995 and distributed to the couple’s friends and family. A trove of information, it includes correspondence with and thrilling anecdotes about Hunt’s peers spanning new music and experimental video hubs across Texas, the US, and Europe. Here, it has been revised and given a new introduction by the artist Karen Finley, a friend of the couple who collaborated with Hunt toward the end of his life (together, they were subjects of a Republican-led “decency” campaign over National Endowment for the Arts funding in the ’80s). Partners is an essential introduction to Jerry Hunt, and one that only Housewright could share.

Stephen Housewright was born in Dallas in 1942. He studied liberal art at St. John’s College in Santa Fe and English and Greek at the University of Houston and in graduate school at the University of Texas at Austin. After teaching for almost ten years at Cistercian Preparatory School in Irving, near Dallas, he earned a Master of Library Science and became a librarian in the humanities division of the Central Dallas Public Library. He and his husband Hal Bennett live in Texas and divide their time between Canton and Garland.