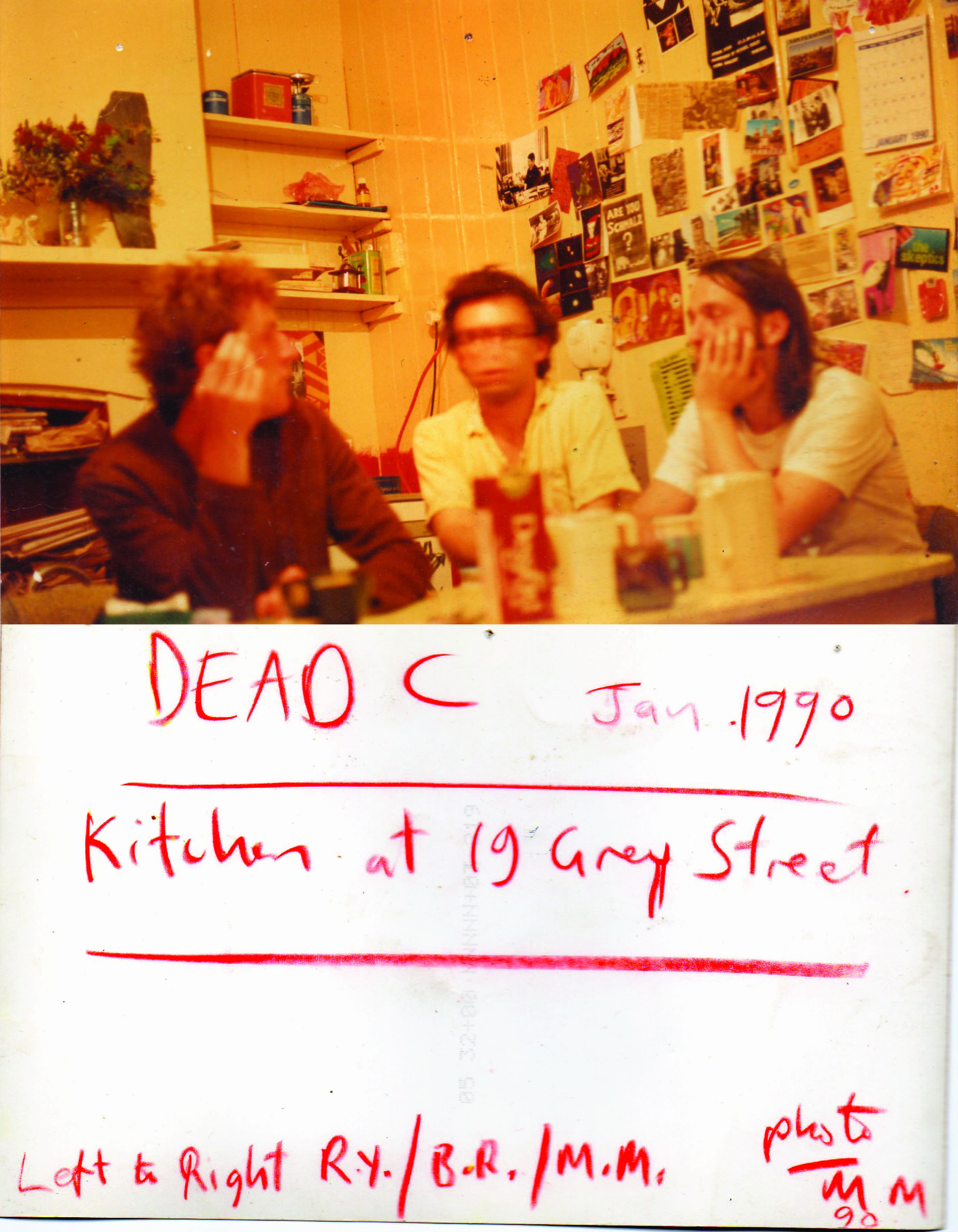 Unfortunately, due to visa troubles, Robbie Yates will not be able to make it to the US. He's recording tracks specifically for these shows, which the band will trigger on stage.

Throughout their 30 year history, New Zealand's The Dead C have confounded all expectations of what a rock band could and should sound like. Ostensibly part of The Dunedin Sound movement, the trio of Bruce Russell (electric guitar), Michael Morley (electric guitar, voice, electronics), and Robbie Yeats (drums) continue to eschew the concise pop of their former peers The Clean, The Verlaines, and The Chills in favor of a corroded deconstruction of traditional song structure, detourning the familiar signifiers of rock for use in a hermetic sound world of blurred psychedelic excess. Their expansive, lumbering improvisations demonstrate a disciplined dilettantism, the innovation of self-sabotage always a turn around the corner of their slow-burning feedback. Yet behind the delicate howling and whistling of their twin guitars The Dead C's spontaneous music nevertheless retains an element of broken downer blues, most prominently in Morley’s narcotic moan. Seldom performing outside of New Zealand, this will mark The Dead C’s first New York concert since 2008.

Susan Alcorn is a Baltimore-based composer, improviser, and virtuoso proponent of the pedal steel guitar who has spent over 40 years liberating the expressive potential of the harmonically rich instrument from its conservative role in the country western tradition. Initially inspired by a live Muddy Waters performance to pick up the pedal steel for its ability to play "the notes between the notes", Alcorn later cut her teeth in country swing bands in her home of Texas before being encouraged by Paul Bley to "throw away the real book" and channel her diverse influences: the spiritual and free jazz of Ornette Coleman, Alice and John Coltrane; the avant-garde classical music of Messiaen, Feldman, and Varèse; and the lyrical phrasing of Roberta Flack and Carly Simon. Incorporating these styles via the philosophy of Deep Listening into the haiku-like economy and heartfelt immediacy of American country music, Alcorn has traversed new paths with the pedal steel, applying its singular attributes (contrary motion string bending, volume swells, natural sustain) and her own extended techniques to everything from group free improvisation to intimate solo composition.