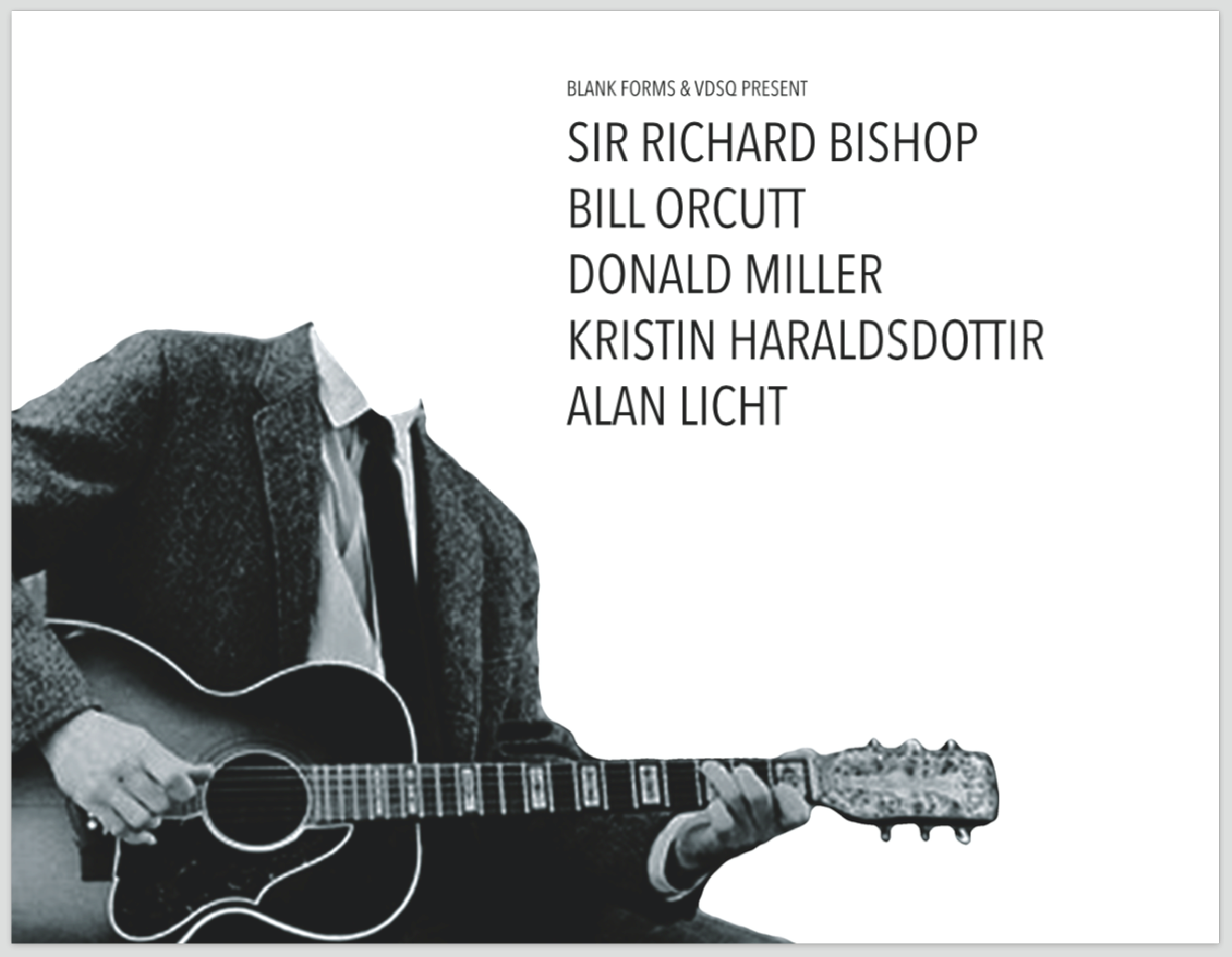 Blank Forms and Pioneer Works present an evening of performances by guitarists associated with the VDSQ label and working loosely within the American Primitive idiom pioneered by the late John Fahey. Guitar soli sets by Alan Licht, Donald Miller and Kristin Thora Haraldsdottir will be followed by a headlining series of solo and duo configurations of Bill Orcutt and Sir Richard Bishop.

Bill Orcutt reimagines the blues for a schizoid modernity. Orcutt developed and refined his approach to the 4-string guitar in the 90s through his work with legendary ecstatic rock band Harry Pussy, whose spasmodic and unhinged dissonance remains unrivaled in noise rock since. Sometimes stuttering and ominous, other times mournful and vulnerable, Orcutt’s current output on his haggard acoustic Kay guitar is compared with equal frequency to avant-garde composers and rural bluesmen. Orcutt continues to discover and invent a unique sonic vernacular built around his raw and tortured tone, ragged minimalism, and inexhaustible improvisational stamina.

Sir Richard Bishop was a founding member of ethnic-improv pioneers and DIY tricksters Sun City Girls, who during their 26-year existence perplexed, amazed, and alienated audiences over 50 full length albums, plus over 20 one-hour cassettes and a dozen 7” records. In early 2005, Richard began extensive touring as a solo artist, performing throughout Europe, Australia, and the United States. Though known mostly for his acoustic playing, he has recently been performing with electric guitars in a solo setting. Bishop’s guitar explorations often reflect the shadow worlds of India, North Africa and the Middle East, and other points along the Gypsy trail, though many strange and experimental forms have crept into the live shows as of late. One can usually recognize the influences of Omar Khorshid, Django Reinhardt, Ali Akbar Khan and Ravi Shankar in his playing, though he has fused these and many other influential elements into his own unique style. Bishop was also a co-founder in 2003 of the Sublime Frequencies label, whose mission is dedicated to acquiring and releasing obscure sights and sounds from Africa, India, Southeast Asia and beyond, and currently has over 65 releases to its credit.

Kristin Thora Haraldsdottir’s deeply personal approach to modern guitar that takes the listener on a journey of unexpected beauty. A classically trained violist from Iceland, Haraldsdottir picked up the guitar out of curiosity while studying for her master’s degree at Cal Arts. Haraldsdottir seamlessly blends guitar with field recordings of oceans and rivers to create lush, haunting soundscapes that mirror the natural world and our place within it. She has also organized and performed a number of concerts for meditation and sleep, premiered work by Michael Pisaro and performed with Sonic Boom, Dog Star Orchestra, and New Century Players.

Kristin Thora Haraldsdottir will be joined by Arian Shafiee, a NYC-based guitarist best known for his razor sharp shredding in dance-punk band Guerilla Toss. His forthcoming solo debut, an acoustic album on VDSQ, unveils a twisted take on the modern guitar canon, with shards of lyrical beauty peaking through violent sheets of obsessive fingerpicking and no-wave gestures.

As one third of legendary free jazz noise pioneers Borbetomagus, guitarist Donald Miller has experimented with extreme volume and timbre since the late 1970s. His first regular band was the cult group Sick Dick & the Volkswagens, which featured infamous critic Lester Bangs as an auxiliary member, and from 1984-99 Miller worked closely with free jazz drummer William Hooker in both duo and larger band formats. Also a gifted solo acoustic composer, Donald's forthcoming album of 12-string guitar presents a powerfully profound take on the instrument.

A vanguard of the literary, critical, and musical scenes of New York City for the past two decades, Alan Licht is a key figure in the pantheon of experimental solo guitar players born in the late '60s. As a guitarist and improviser, Licht has lent his talents to dozens of collaborations with the likes of Jim O’Rourke, Rashied Ali, Jandek, Keiji Haino, Michael Snow and Loren Connors and has performed in such revered bands as Title TK, Blue Humans, Text of Light, and Arthur Lee’s Love. Known for blending the genres of minimalism, noise, and the avant-garde, Licht’s most recent album, Currents, features a modern and minimal take on acoustic guitar music.

Steve Lowenthal is the author of Dance of Death: The Life of John Fahey and founded VDSQ Records, Vin Du Select Qualitite, in 2009 as a vehicle to explore the possibilities inherent in solo acoustic guitar. Dedicated to showcasing various connections and approaches to the guitar, the label has released albums by legendary artists Thurston Moore, Glenn Jones and Michael Chapman alongside new talents such as Sarah Louise, Anthony Pasquarosa and Tashi Dorji. 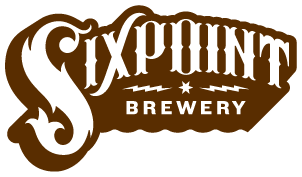