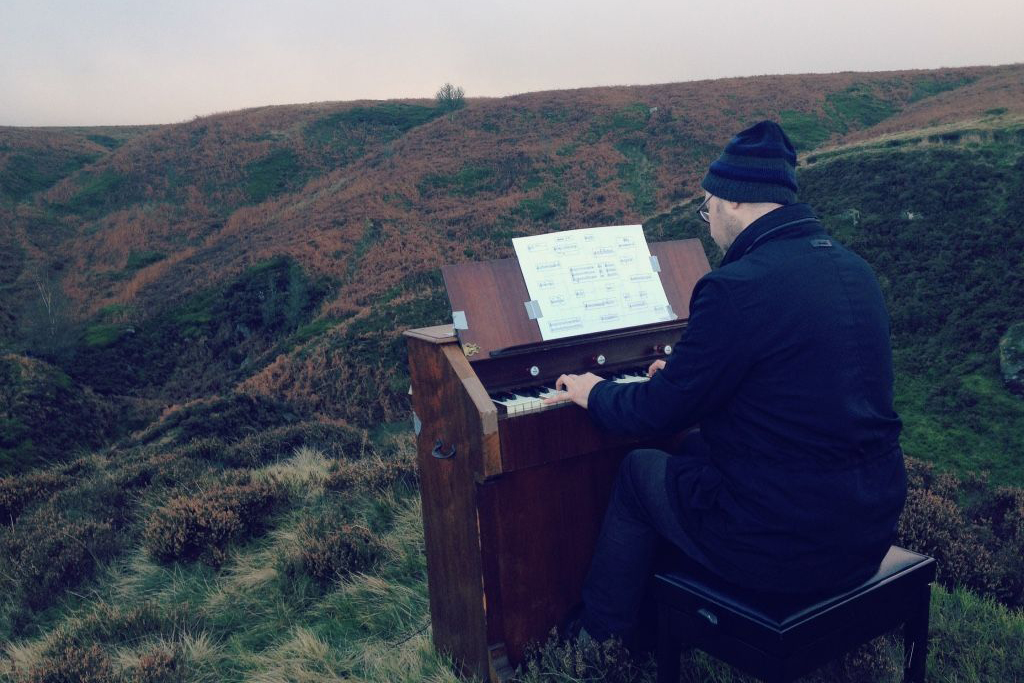 Yarn/Wire is a New York-based percussion and piano quartet comprised of Ian Antonio, Laura Barger, Russell Greenberg, and Ning Yu. Founded in 2005, Yarn/Wire is dedicated to expanding the repertoire written for its instrumentation, through commissions and collaborative initiatives that aim to build a new and lasting body of work. Influenced by its members’ experiences with classical music, avant-garde theater, and rock music, the ensemble champions a varied and probing repertoire.

Currents is an ongoing commissioning series inaugurated in 2013. Focused on the creation of new works specifically for Yarn/Wire’s unique instrumental combination, the series serves as an incubator for experimentation; a diverse range of American and international composers explore intersections of composition, technology, installation, live performance, music theater, and more.

Yarn/Wire has commissioned many American and International composers including Raphaël Cendo, Alex Mincek, Thomas Meadowcroft, Misato Mochizuki, Tristan Murail, Kate Soper, and Øyvind Torvund. The group has given the United States premieres of works by Enno Poppe, Stefano Gervasoni, and Georg Friedrich Haas, among others. The ensemble also enjoys collaborations with genre-bending artists such as Tristan Perich, David Bithell, and Pete Swanson.

Klaus Lang (b. 1971) is an Austrian composer, concert organist, and academic who sees music as an autonomous acoustical object, independent from the communication of any extra-musical content such as emotion or propaganda. Lang considers time to be the genuine material of a composer and also the fundamental content of music. In his view musical material is time perceived through sound, the object of music is the experience of time through listening. Music is time made audible. He has composed contemporary operas, music for theater, organ works, orchestral compositions, and works for choir, chamber, and electroacoustic music. He is currently a professor at the Graz Musikuniversität and his work has been published by Edition RZ.

Michelle Lou (b. 1975) is an American bassist and composer whose work explores the possibilities of how strange forms, functioning as behavior or as idiosyncratic containers of objects and material, can shape experiential time. She received a dual-degree performance and composition B.A. and a master’s in composition from the University of California, San Diego, plus a Doctor of Musical Arts in composition from Stanford University. In her recent work, Lou has begun to incorporate analog and D.I.Y. electronics, as well as edge towards computer-based music, performance, and installation pieces. “Different Furs” features electronic and acoustic sounds altered, skimmed, and scanned through cell phones and displaced by small speakers, anchored and unmoored by the repetitive rhythm of a tiger’s footsteps.

This project is supported in part by a grant from the Paul R. Judy Center for Innovation & Research at the Eastman School of Music and by Yamaha Artist Services.