Kazuki Tomokawa: A String of Paper Cranes Clenched between My Teeth 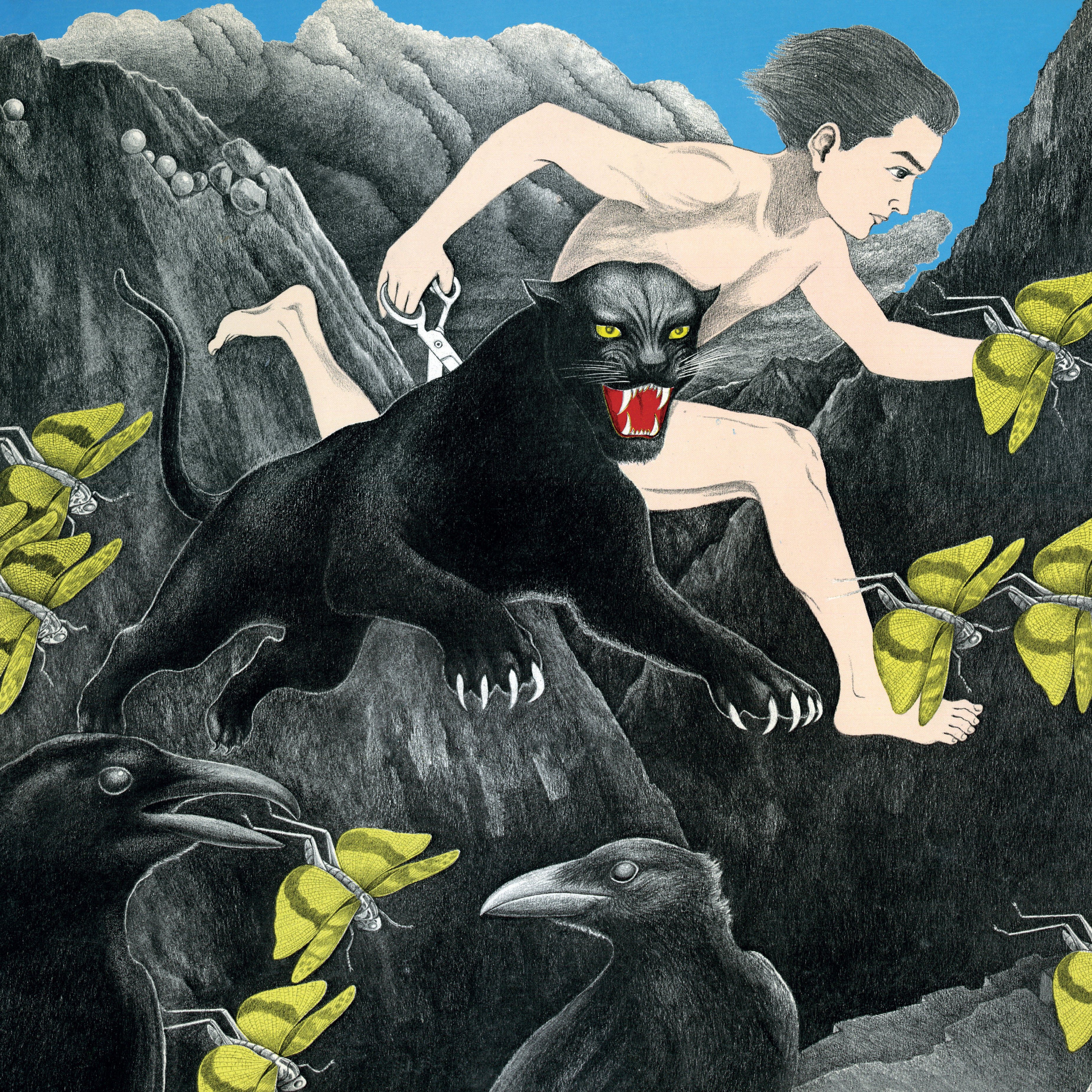 In a generation of musicians that came of age in postwar Japan, Kazuki Tomokawa stands as a pioneer of radical individualism—forging a sound and sensibility marked by shocking intimacy and blistering honesty. In his third album, A String of Paper Cranes Clenched between My Teeth, released by Harvest Records in 1977, Tomokawa creeps “ever more inward,” as Kiichi Takahara writes in the record’s original introductory text—embracing an attitude pervasive amongst musicians of the time who interrogated the prosaic and the profound alike, eschewing politics and society in favor of an “attitude of total self-containment.”

Tomokawa recorded the album over the course of a month—from August 24 to September 25, 1977—at Tokyo’s famed Onkio Haus studio in the bustling Ginza district. The arrangements, accordingly, are amped up: paired with the Black Panther Orchestra, Tomokawa’s “screaming philosopher” vocals find their match with the orchestra’s electric guitar, bass, piano, tuba, and ground-thumping drums played by the Brain Police’s Toshi Ishizuka—who appears on Tomokawa’s first three records and remains his collaborator to this day.

“This is Kazuki Tomokawa in the flesh,” concludes Takahara. A String of Paper Cranes Clenched between My Teeth is, in Tomokawa’s uncanny way, able to cut through facade and artifice in pursuit of truth. “You call that life?” he heckles, exhausted by the melodrama and nihilism of youth counterculture, “try saying you’re alive!”