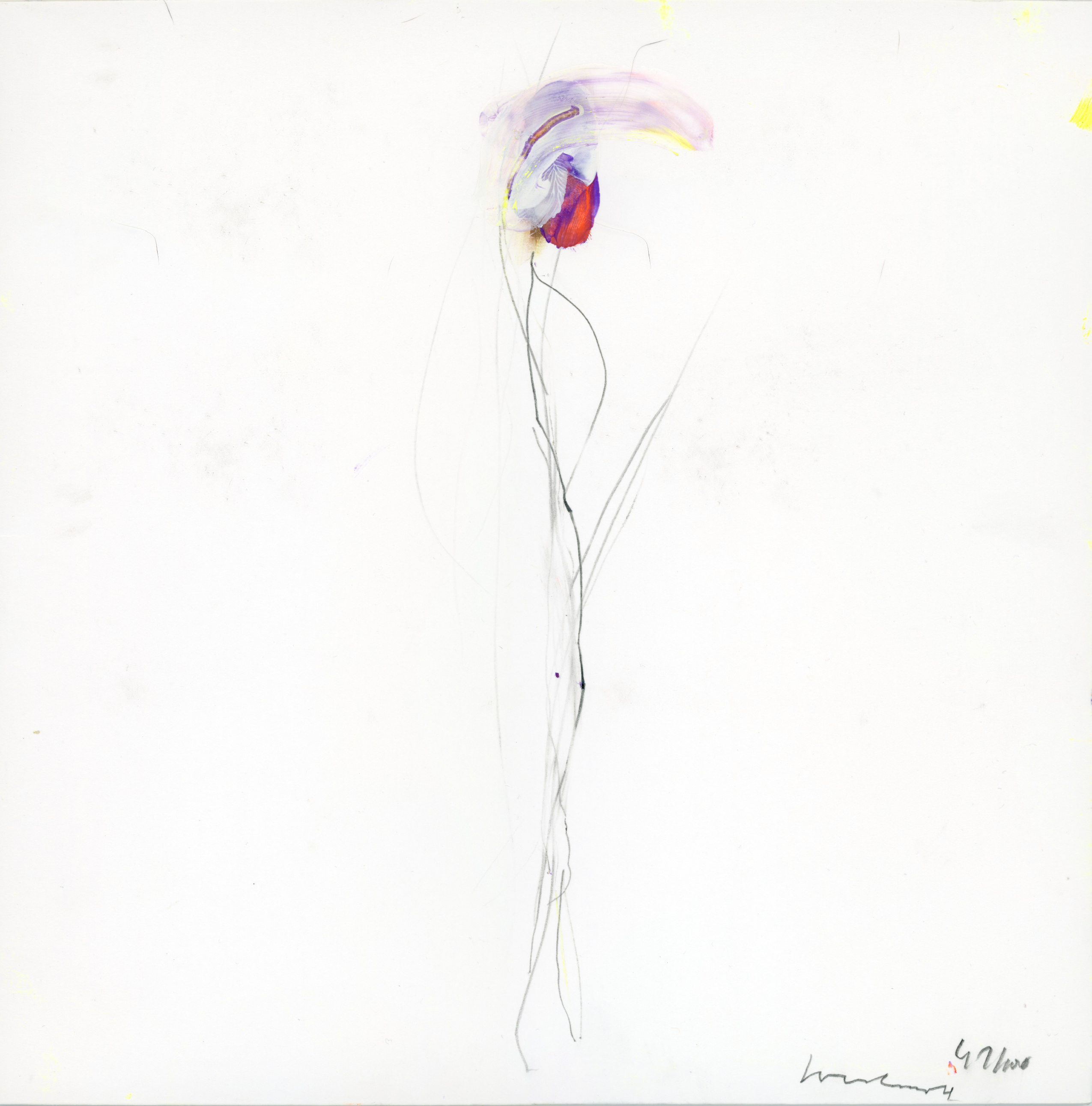 Art edition of 100 copies, hand-painted and -drawn by Loren Connors.

Before the spectral, romantic electric guitar miniatures for which he is celebrated today, Loren Connors recorded a string of nine solo acoustic guitar improvisations under the name of Loren Mazzacane between 1979 and 1980. The records feature Loren’s contorted impressions of Delta and country blues, persistently kneaded into sidelong guitar excursions entangled with wordless, mournful vocal utterances, hummed and moaned in imitation of the dogs that often howled outside his window. Originally released on Loren’s own Daggett Records—named after the street he lived on in New Haven, Connecticut—these LPs slipped into obscurity after Daggett’s distributor went bankrupt, forcing the guitarist, who didn’t have a car, to dispose of their unsold stock rather than drag the records home without transportation. Now, thanks to a recording found by Tommy McCutchon of Unseen Worlds, Blank Forms presents the tenth volume of the series. Recorded in Woodstock, New York in front of a live audience at the Creative Music Studio (the improvised music nonprofit founded by Karl Berger, Ornette Coleman, and Ingrid Sertso), Unaccompanied Acoustic Guitar Improvisations Vol. 10 provides a welcome addition to the canon of Loren’s early solo releases and is the first contemporary vinyl publication of material from his Daggett Street period. As with the original Daggett records, the LP is issued in handmade covers with paste-on art featuring a replica of a recent drawing included in Loren’s October 2018 art exhibition Wildweeds, presented by Blank Forms.

One of the world’s most singular guitarists, Loren Connors is among few living musicians whose prolific body of work can be said to be wholly justified in its plenitude. On more than 100 records across almost four decades on labels like Table of the Elements, Drag City, Ecstatic Yod, and his own Daggett Records, Connors has wrung distinct shades of ephemeral blues from his guitar, its sound ever-shifting while remaining unmistakably his own. From his early, splintered take on the Delta bottleneck style through his song-based albums with Suzanne Langille and on to the painterly abstraction that defines his current work, Connors has earned the admiration of many, leading to collaborations with the likes of John Fahey, Jim O’Rourke, Keiji Haino, Kim Gordon, Thurston Moore, Alan Licht, and Jandek.

Creative Music Studio is an ongoing organization that engages musicians and listeners from all backgrounds to deepen and broaden their musical sensitivity, expression, and understanding through workshops, recordings, and concerts worldwide. More information can be found at www.creativemusic.org.