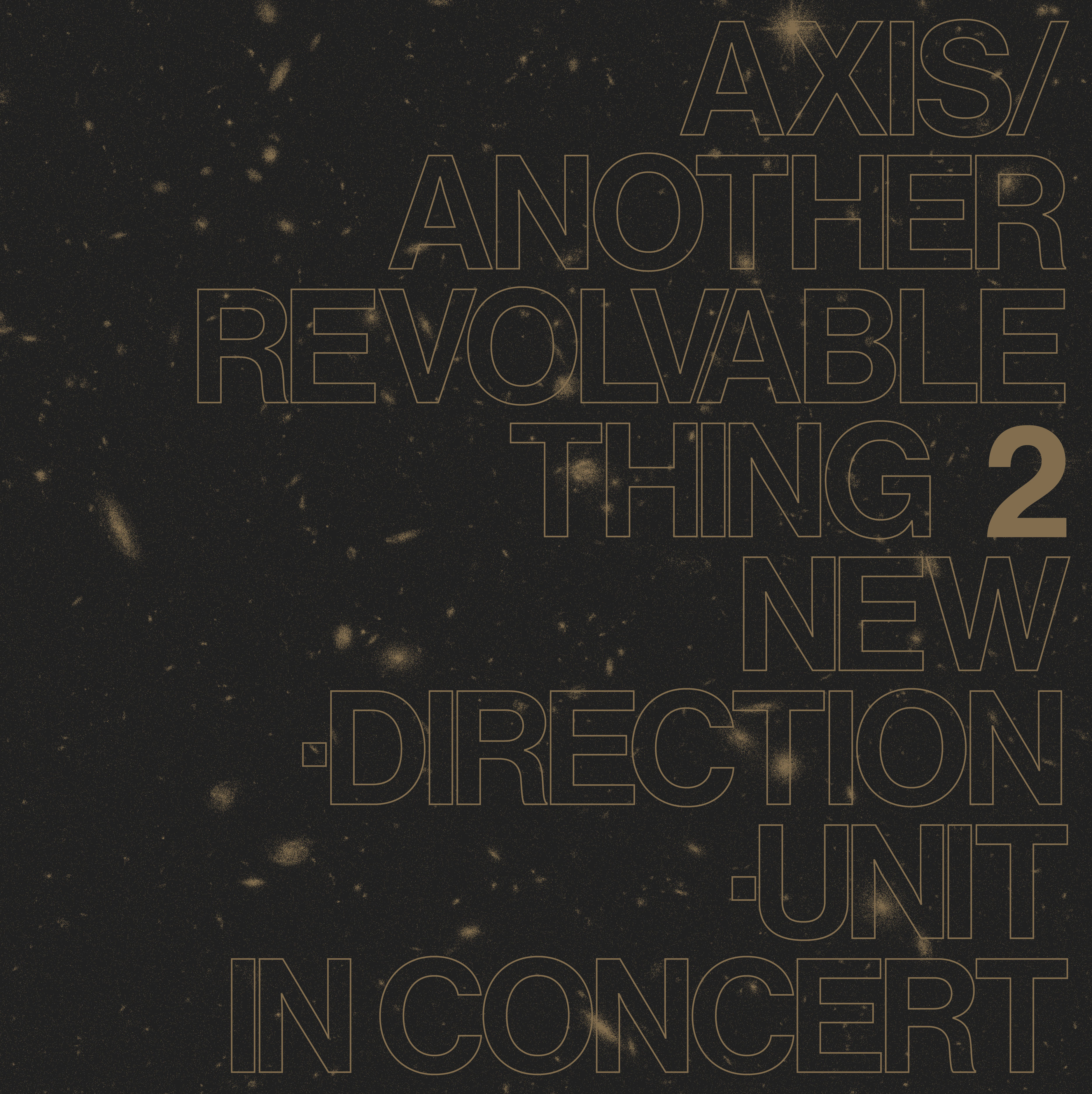 Axis/Another Revolvable Thing is the second installment of Blank Forms’ archival reissues of the music of Japan’s eternal revolutionary Masayuki Takayanagi, following April is the cruellest month, a 1975 studio record by his New Direction Unit. Comprised of recordings of a September 5, 1975 concert by the New Direction Unit at Yasuda Seimei Hall in Tokyo’s Shinjuku district, the two volumes showcase Takayanagi in deep pursuit of what he began calling “non-section music” after leaping beyond the confines of his prior descriptor “real jazz.” The quartet of Takayanagi (guitar), Kenji Mori (reeds), Nobuyoshi Ino (bass, cello), and Hiroshi Yamazaki (percussion) deftly explores the twin poles of Takayanagi’s spacious “gradually projection” and explosively virulent “mass projection” concepts across six pieces, titled Fragments I – VI and split between the two LPs.

Every time I hear a performance by New Direction Unit, for some reason I get carried away by the illusion that I can see their sound. A red hot chaos, woven together from percussion, reeds, and bass or cello. Then, jetting out from within it, traveling at dizzying speed, the sound of the guitar, shooting pleasantly right through the center of our cerebellums from front to back. And at that moment, we stomp on the gas of our awareness and our imagination, careening off in hot pursuit of the group.

I can see, I can hear each individual sound of the performance. The musicians listen intently to each other, their terrifyingly precise concentration creating clusters and lattices of sound. The music’s structures arise from perfect interplay. As those structures become gradually denser, a sense of time arises. Exactly like the moment when the first amoeba on earth came into existence. Time is already in rapid motion. And then, when all the performance variables align perfectly, like a rubber band, time stretches out towards the infinite. Thrust, acceleration… This is not the music of Ligeti or Xenakis, it’s the music of New Direction Unit.