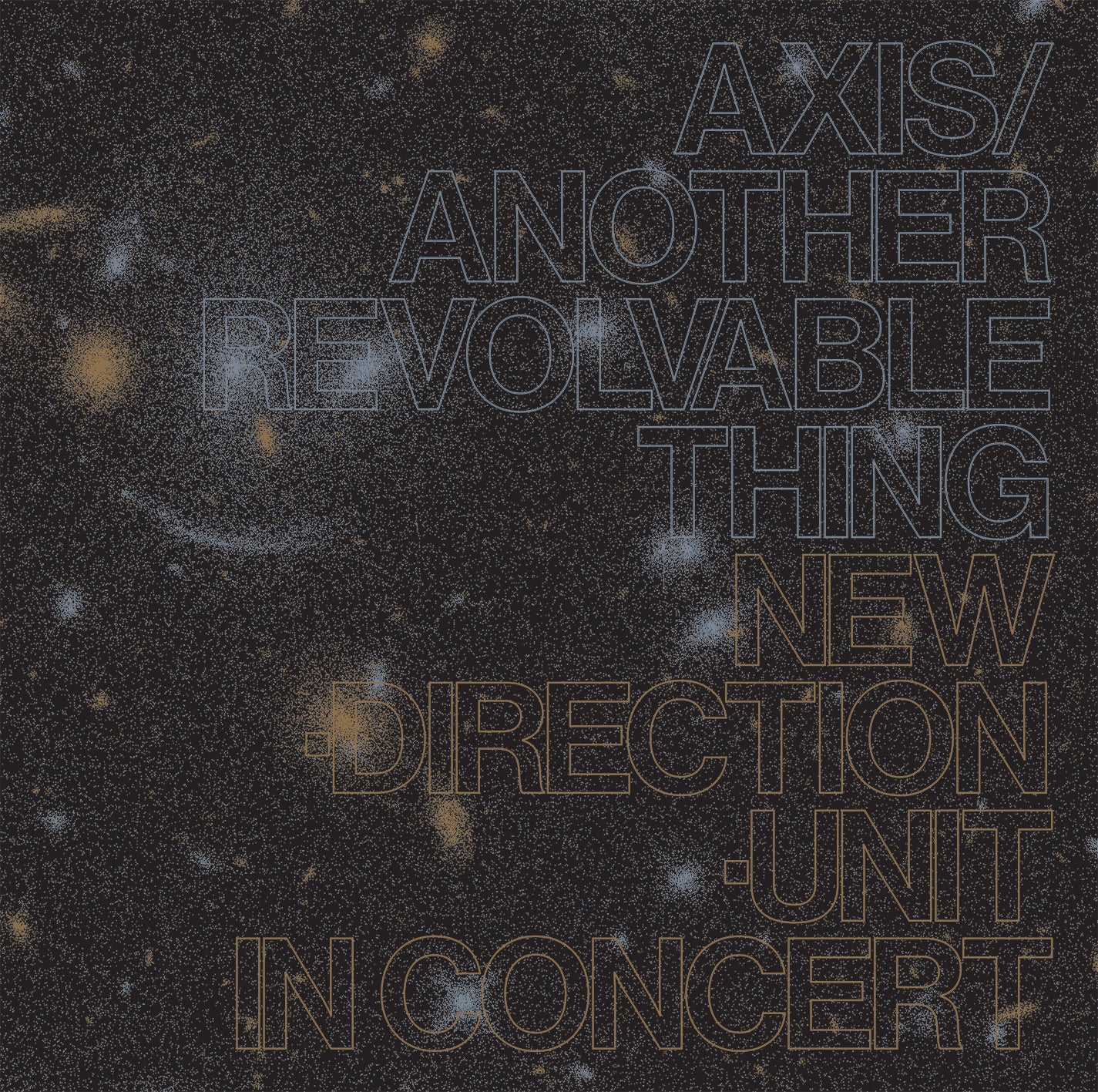 Axis/Another Revolvable Thing is the second installment of Blank Forms’ archival reissues of the music of Japan’s eternal revolutionary Masayuki Takayanagi, following April is the cruellest month, a 1975 studio record by his New Direction Unit. Comprised of recordings of a September 5, 1975 concert by the New Direction Unit at Yasuda Seimei Hall in Tokyo’s Shinjuku district, the two-part set showcases Takayanagi in deep pursuit of what he began calling “non-section music” after leaping beyond the confines of his prior descriptor “real jazz.” The quartet of Takayanagi (guitar), Kenji Mori (reeds), Nobuyoshi Ino (bass, cello), and Hiroshi Yamazaki (percussion) deftly explores the twin poles of Takayanagi’s spacious “gradually projection” and explosively virulent “mass projection” concepts across six pieces, titled Fragments I – VI. Originally issued in two individual LP volumes in rearranged order, this CD edition presents the Another Revolvable Thing concert in chronological sequence for the first time, with “gradually projection” pieces on the first disc and “mass projection” eruptions on the second.

As part of his liner notes for the original records (newly translated for this edition), noted Japanese free jazz critic Teruto Soejima wrote:

New Direction Unit performances always emit the smell of blood. Fresh blood, never blood that is old or crusted. This is not the desiccated shell of music, it’s sound through which pumps the blood of living human beings. Blood that seethes, that flows and counterflows, that blazes, runs, rises and congeals, blood that vomits and spurts. Vivid, scarlet blood. The ultimate beauty that Takayanagi aims at, is it not the color of this blood?

Blood calls out to blood. For these four musicians, playing together means feasting on each other’s blood. It is also a summoning to a secret blood oath, to the creation of solidarity with the audience. In the moment, truly, the situation and beauty are instantaneously unified. To borrow the title of a movie by Kōji Wakamatsu: blood is redder than the sun.