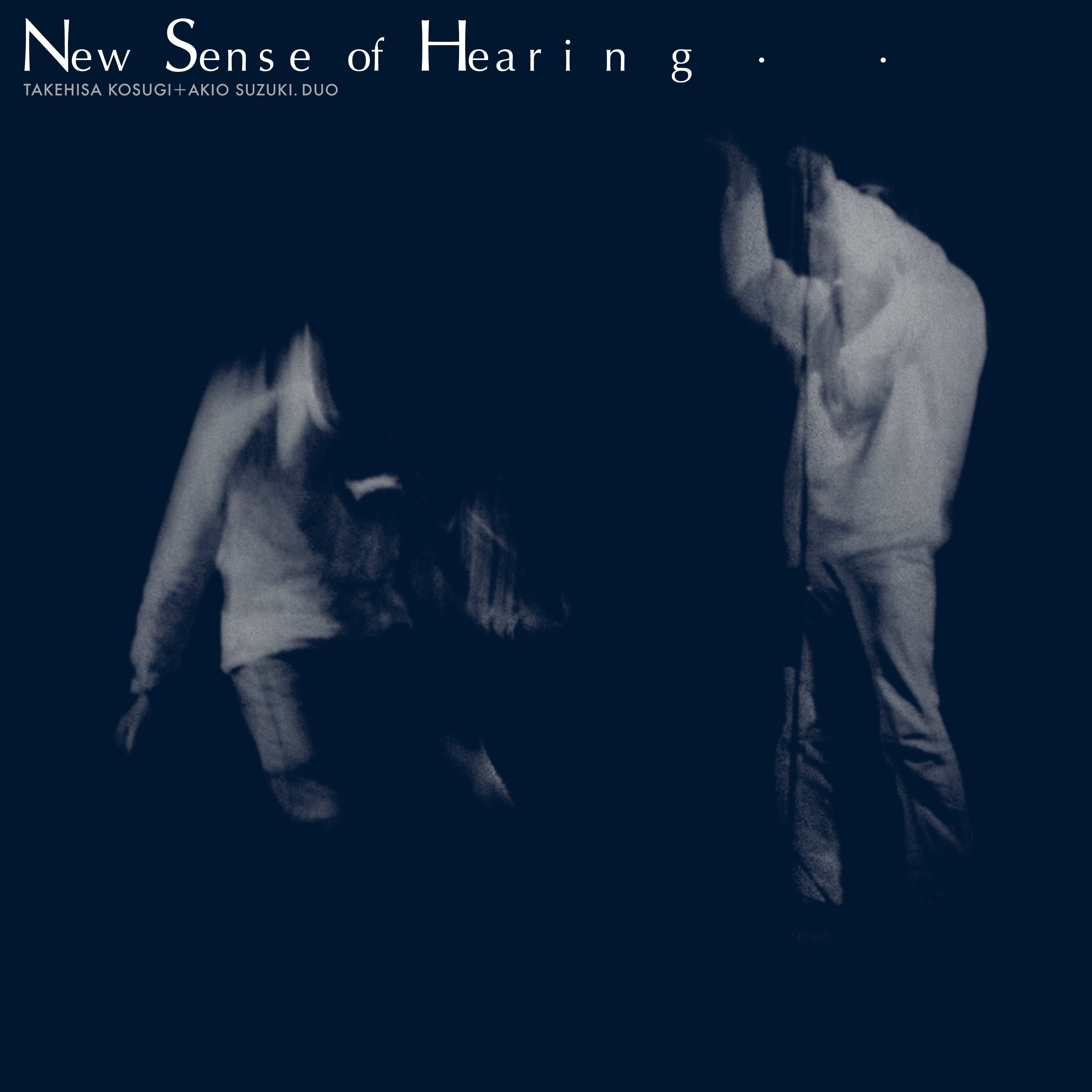 Available from Blank Forms for the first time since its original 1980 release on ALM-Uranoia, New Sense of Hearing  documents a collaboration between Takehisa Kosugi and Akio Suzuki, two luminaries of Japanese experimental music. Blank Forms’s high-quality reissue of the sought-after, long out of print LP, is produced by musician-artist Aki Onda and mastered from the original tapes recorded on April 2, 1979, at Tokyo’s Aeolian Hall.

Described by Suzuki as the “culmination” of their sound, New Sense of Hearing  features the two musicians improvising together in that empty Tokyo theater, Kosugi on vocals, violin, and radio transmitter and Suzuki on the Analapos, his namesake glass harmonica, spring cong, and kikkokikiriki, all apparatuses of his own invention.

Suzuki and Kosugi first met at the city’s Minami Gallery in 1976 on the occasion of “Sound Objects and Sound Tools,” an exhibition of Suzuki’s homemade instruments. Two years later, at the Festival d’Automne in Paris, Suzuki invited Kosugi to join him for a suite of performances as part of the exhibition “MA: Espace – Temps au Japon,” organized by architect Arata Isozaki and composer-writer Tōru Takemitsu. Suzuki and Kosugi performed together at the Musée des Arts Décoratifs, Paris, nearly fifty times, honing their approach to mutual improvisation, before traveling with the exhibition to Stockholm and New York—critic Tom Johnson wrote in the Village Voice that he had “seldom seen two performers so completely tuned in on the same types of sounds, the same performance attitude, the same philosophy, the same sense of what music ought to be.” For New Sense of Hearing, the duo reunited in Japan and produced an extraordinary dispatch from their collaboration of arioso violin, echoing vocals and bangs, and metallic twangs. As Johnson observed in 1979, Kosugi and Suzuki are “in a very subtle artistic world where there can be no direct relationships. . . . Only coincidence.”

Takehisa Kosugi (1938–2018) was a composer, artist, and violinist from Tokyo. In 1960, Kosugi founded Group Ongaku, the country’s first improvisational performance collective dedicated to Happenings, with Mieko Shiomi and Yasunao Tone. Four years later, Fluxus leader George Maciunas published Events, an eighteen-piece set of his text compositions. Between 1971 and ’74, his band the Taj Mahal Travelers produced four live albums. In 1977, the Merce Cunningham Dance Company invited Kosugi to be their resident musician; from 1995 to 2011 he served as the company’s musical director. The Whitney Museum of American Art presented “Takehisa Kosugi: Music Expanded,” a two-day retrospective of Kosugi’s work, in 2015.

Akio Suzuki (b. 1941) was born in Pyongyang, North Korea, to Japanese parents. For the artist-musician’s first work Kaidan ni Mono wo Nageru (Throwing Things at the Stairs), 1963, Suzuki tossed a bucket of miscellaneous objects down a flight of stairs in Nagoya Station and listened to the sounds it produced. During the next decade, he would create original instruments including the Suzuki-type glass harmonica and the echo instrument Analapos. In 1976, Tokyo’s Minami gallery hosted his first exhibition, “Akio Suzuki’s World: Sound Objects and Sound Tools.” For his 1988 performance piece Space in the Sun, Suzuki spent twenty-four hours listening to his surroundings on the meridian line which runs through Amino, Kyoto. Suzuki has performed and exhibited at many venues and music festivals, including Documenta 8 (Germany, 1987), the British Museum (2003), Musée Zadkine (France, 2004), Kunstmuseum Bonn (Germany, 2018), and the Museum of Contemporary Art Tokyo (2019).