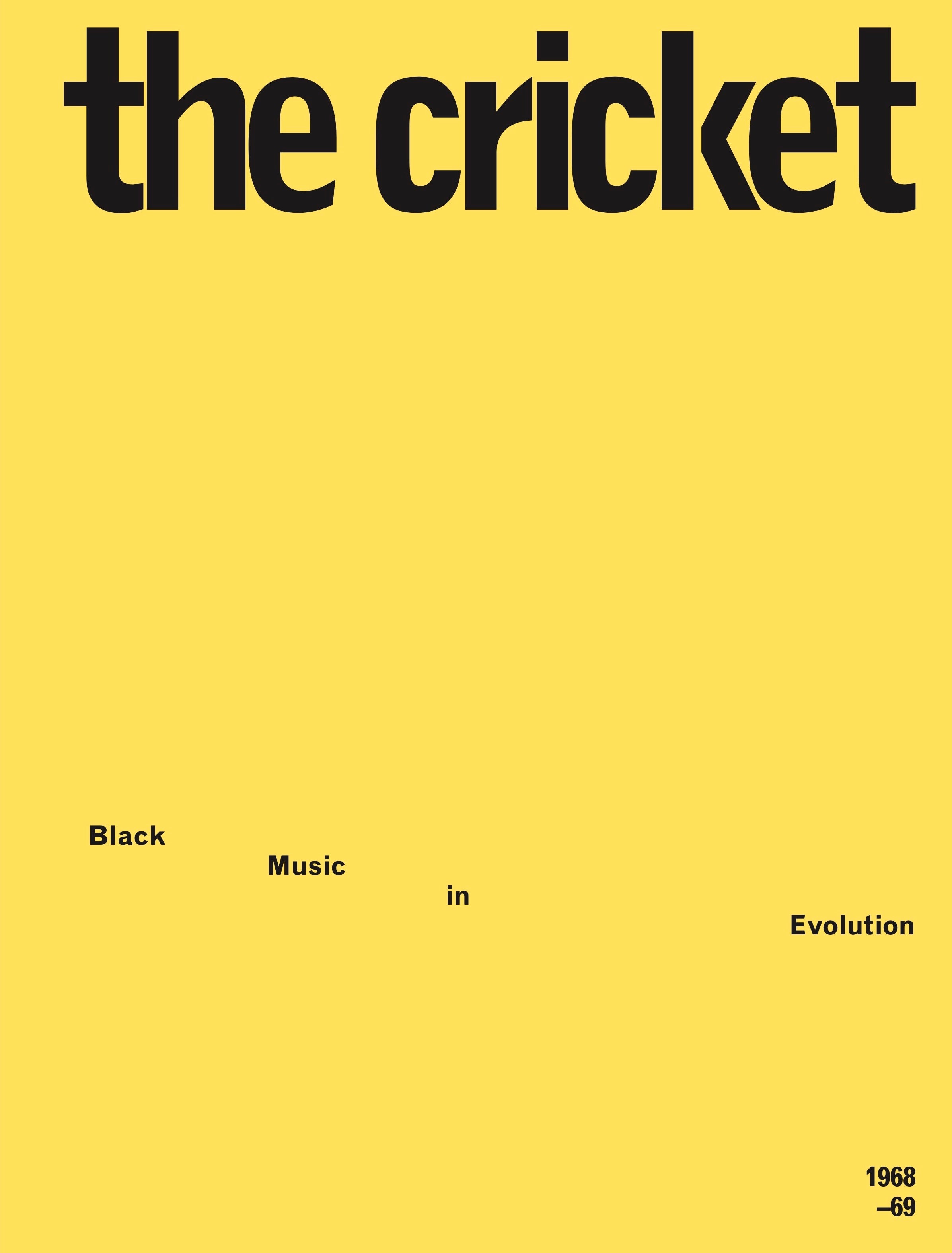 A rare document of the 1960s Black Arts Movement featuring Albert Ayler, Amiri Baraka, Milford Graves, Sun Ra, Cecil Taylor, and many more, The Cricket fostered critical and political dialogue for Black musicians and writers. Edited by poets and writers Amiri Baraka, A.B. Spellman, and Larry Neal between 1968 and 1969 and published by Baraka’s New Jersey–based Jihad productions shortly after the time of the Newark Riots, this experimental music magazine ran poetry, position papers, and gossip alongside concert and record reviews and essays on music and politics. Over four mimeographed issues, The Cricket laid out an anticommercial ideology and took aim at the conservative jazz press, providing a space for critics, poets, and journalists (including Stanley Crouch, Haki Madhubuti, Ishmael Reed, Sonia Sanchez and Keorapetse Kgositsile) and a range of musicians, from Mtume to Black Unity Trio, to devise new styles of music writing. The publication emerged from the heart of a political movement—“a proto-ideology, akin to but younger than the Garveyite movement and the separatism of Elijah Mohammed,” as Spellman writes in the book’s preface—and aimed to reunite advanced art with its community, “to provide Black Music with a powerful historical and critical tool” and to enable avant-garde Black musicians and writers “to finally make a way for themselves.” This publication gathers all issues of the magazine with an introduction by poet and scholar David Grundy, who argues that The Cricket “attempted something that was in many ways entirely new: creating a form of music writing which united politics, poetry, and aesthetics as part of a broader movement for change; resisting the entire apparatus through which music is produced, received, appreciated, distributed, and written about in the Western world; going well beyond the tried-and-tested journalistic route of description, evaluation, and narration.”

David Grundy is the author of A Black Arts Poetry Machine: Amiri Baraka and the Umbra Poets (Bloomsbury Academic, 2019) and coeditor, with Lauri Scheyer, of Selected Poems of Calvin C. Hernton  (Wesleyan University Press, forthcoming). He is currently a British Academy Fellow at the University of Warwick, United Kingdom, where he is working on two manuscripts, Survival Music: Free Jazz Then and Now and Never by Itself Alone: Queer Poetry in Boston and San Francisco, 1943–Present  (Oxford University Press, forthcoming), and a further edited collection on Umbra.

A.B. Spellman is a poet, music critic, and former director of the Arts in Education Study Project for the National Endowment of the Arts.