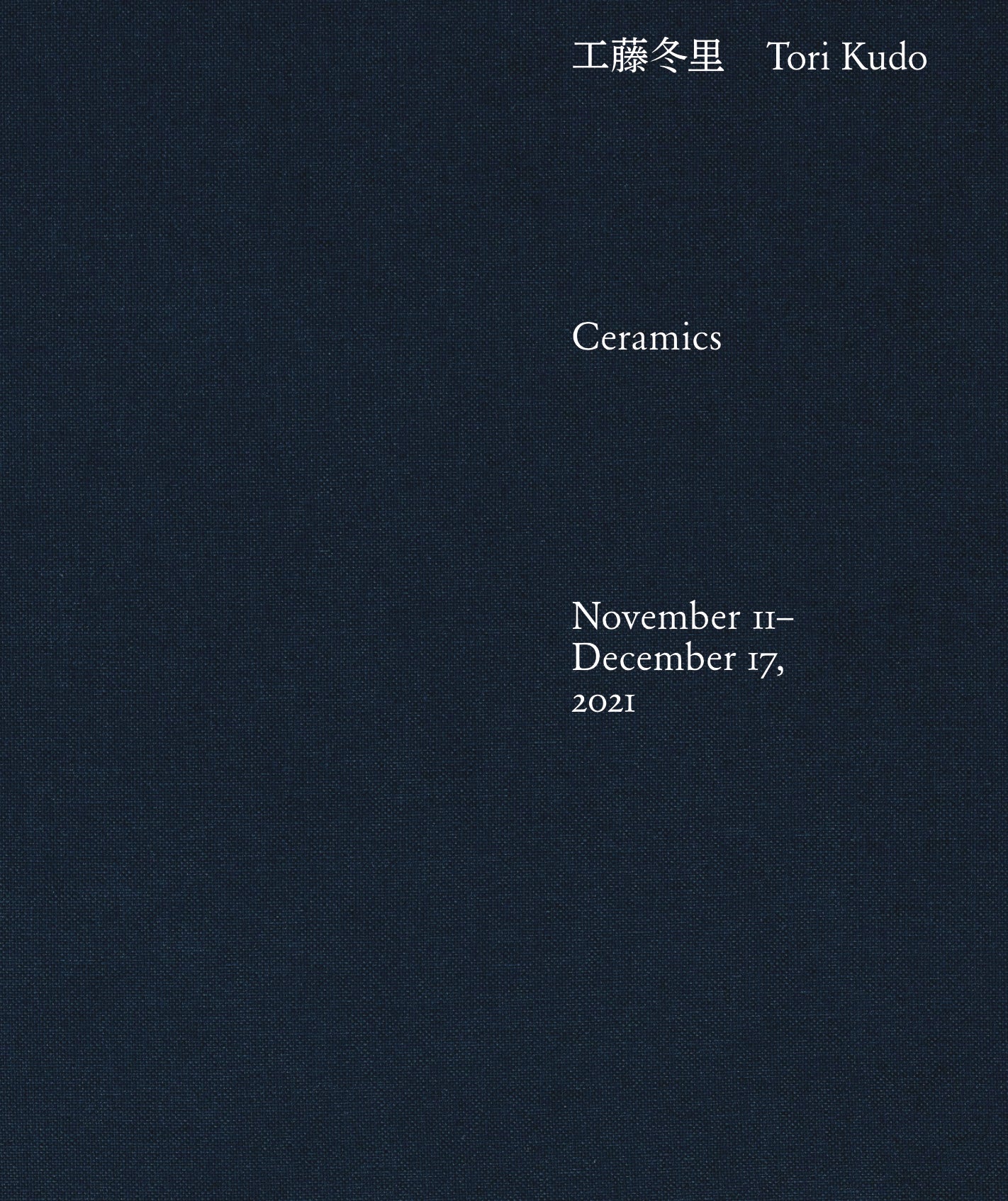 Following last year’s presentation of Tori Kudo’s ceramics at our Brooklyn gallery space, Blank Forms publishes the exhibition’s accompanying limited-edition catalog. With images captured on film by musician and photographer Lary 7, Tori Kudo: Ceramics documents the work displayed in the artist’s first exhibition in the United States. Designed by Alec Mapes-Frances and available exclusively at Blank Forms, this hardcover art book features thirty color photographs of the vessels with Kudo’s commentary on their forms and functions.

Ceramics, Tori Kudo says, is a “half-guaranteed chance operation.” Kudo, who once described himself as the “king of error,” regards relinquishing all expectations for his work as the foundation of his artistic output. For the past five decades, he has eschewed any pretense of control in his highly-improvisational music—assembling ragtag groups of untrained musicians to perform as his Maher Shalal Hash Baz ensemble, playing in a series of blink-and-you-miss-them psych-punk and noise bands in the ’70s and ’80s, and, he says, borrowing instruments for gigs from anyone who happens to be near the venue. In many ways, Kudo’s improvisations are controlled chaos, and this modus operandi stems, certainly, from his radical anarchist roots. But it is from this chaos that Kudo finds form, in both his sound and ceramics.

Kudo came of age in the ceramics workshop of his father, an art informel painter-turned-working-craftsman who practiced in the Tobe ware manner. Tobe ware, also known as Tobe-yaki, has been produced in Kudo’s native Ehime prefecture since the end of the eighteenth century and is known for its distinctive indigo designs set against brilliant white porcelain. In Kudo’s hand, this tradition is honored, warped, and expanded. His loose and playful forms are decorated with gestural brushstrokes and swirling, organic designs. When asked if, in his experimental style, he still regards his practice as part of the Tobe ware tradition, Kudo responded: “I dare say I am Tobe ware.”

Tori Kudo is a ceramicist, filmmaker, anarchist, and cult icon of Japanese underground music. A skilled pianist and self-taught guitarist, Kudo first trained on a Yamaha pump organ at the age of two-and-a-half before studying jazz piano in his later years. In the 1970s and ’80s, Kudo played with a slew of noise, drone, and psych-punk units, including Guys & Dolls, Noise, Snickers, Sweet Inspirations, and Tokyo Suicide. He is the ringleader of the loosely formed collective Maher Shalal Hash Baz, which he began in 1984 with his wife and longtime collaborator Reiku Kudo and the euphonium player Hiro Nakazaki. With a freeform sound and a fluid ensemble of primarily untrained musicians, the collective has produced more than two dozen records. Kudo studied design and pottery in London in the late ’90s and has produced ceramics for the past two decades.