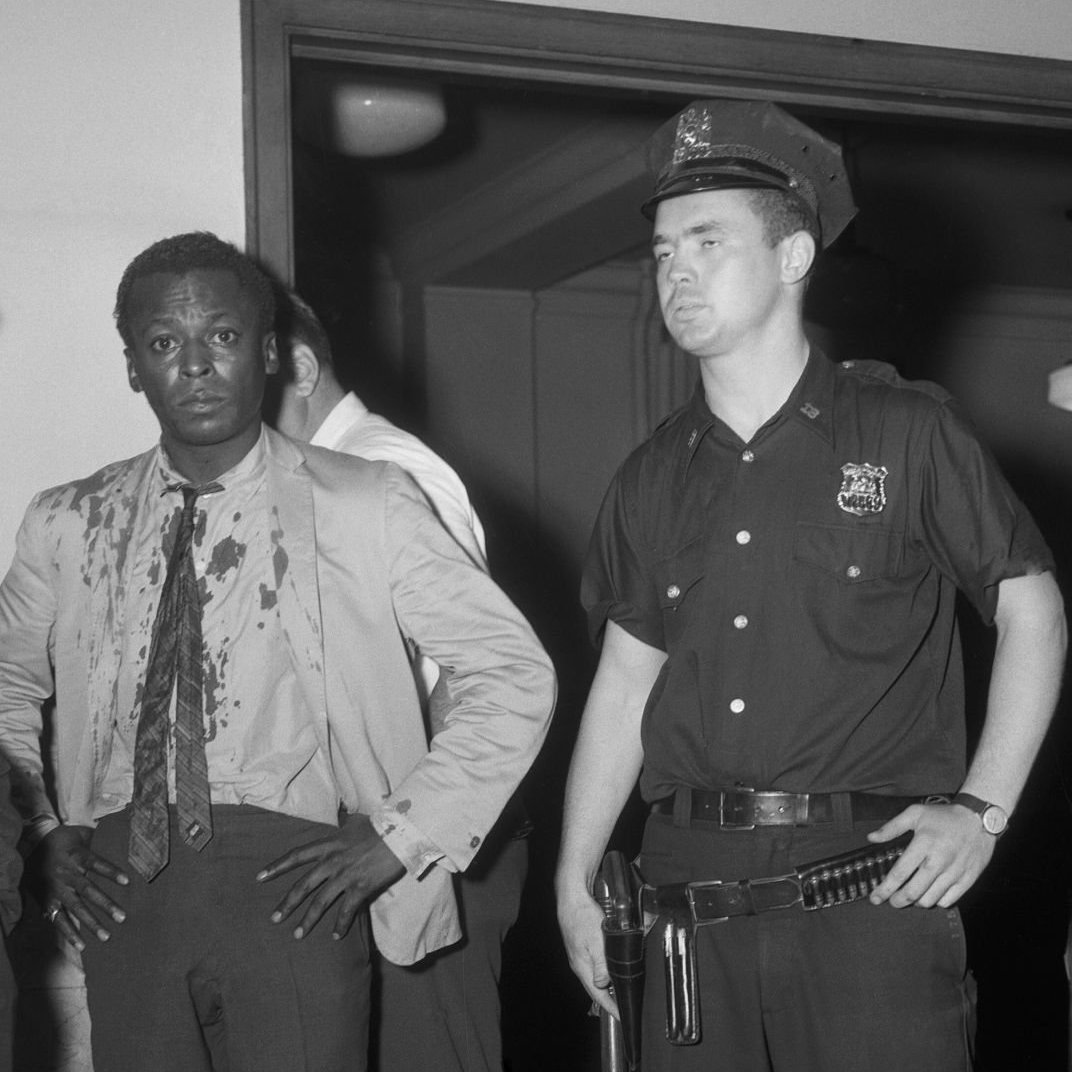 Blank Forms is excited to welcome Atlanta-based writer and educator Wesley Brown to New York for a series of live appearances in early December. Blue in Green, Brown’s most recent novella out now from Blank Forms Editions, narrates one evening in August 1959, when, only eight days after the release of his landmark album Kind of Blue, Miles Davis is assaulted by a member of New York City Police Department outside of Birdland. In the aftermath of Davis’s brief stint in custody, we enter the strained relationship between Davis and the woman he will soon marry, Frances Taylor, whom he has recently pressured into ending her run as a performer on Broadway and retiring from modern dance and ballet altogether.

The tour kicks off on Friday at CARA, where Brown will read from Blue in Green and be in conversation with Brent Hayes Edwards, the Peng Family Professor of English and Comparative Literature at Columbia University. On Tuesday, December 7, Brown will give a reading and hold a discussion with Simeon Marsalis at The Word is Change in Bed-Stuy. The next evening, Brown will be in conversation with jazz writer Ben Ratliff at New York University’s Bobst Library as a part of the Colloquium for Unpopular Culture. All three events are open to the public. Stay tuned for more information about radio appearances on Dr. Brenda M. Greene’s WNYE program “Writers on Writing” and WFMU’s “This is the Modern World,” hosted by DJ Trouble.

WESLEY BROWN (b. 1945) is an Atlanta-based writer and educator whose work spans fiction, poetry, biography, theater, and film. His oeuvre is distinguished by its attention to the musicality of speech and its balance of humorous, ironic, and political engagement with American history. In 1956, while a student at State University of New York at Oswego, Brown joined the Student Nonviolent Coordinating Committee, moving south to register voters with the Mississippi Freedom Democratic Party near the Tennessee border, where he first began to write poetry. After an arrest at a demonstration in Jackson, Mississippi, he graduated college and moved to Rochester, New York, in 1968, where he became an active member of the Black Panther Party before returning to his native New York City to join writing workshops led by Sonia Sanchez and John Olliver Killens. In 1972 he was arrested as a conscientious objector to the Vietnam War; in a statement to the draft board he quoted the Panther’s Ten Point Program, adding, with his signature use of idiomatic expression, “If you can’t relate to that, you can walk chicken with your ass picked clean.” He served an eighteen month sentence at Lewisburg Federal Penitentiary in Pennsylvania, which informed the writing of his recently reissued first novel, Tragic Magic (Random House)—edited by Toni Morrison and released to wide acclaim by writers including James Baldwin, Donald Barthelme, and Ishmael Reed in 1978. His short fiction and essays have been published widely, from movement publications such as Liberator to glossies including Essence. For twenty-six years Brown taught literature and creative writing at Rutgers University in New Jersey. During this time he was involved with the National Association of Third World Writers; co-edited celebrated collections of multicultural American literature, authored the historical novel Darktown Strutters (Cane Hill, 1994) and award-winning plays including Boogie Woogie and Booker T. (1987) and Life During Wartime (1992); and wrote, with Thulani Davis, Toni Cade Bambara, and Amiri Baraka, the screenplay for W.E.B. Du Bois: A Biography in Four Voices (1996). After retiring, he relocated to New England, where he taught at Bard College at Simon’s Rock in Massachusetts and Bennington College in Vermont, and authored his third novel, Push Comes to Shove (Concord Free Press, 2009), and the short story collection Dance of the Infidels (Concord ePress, 2017).