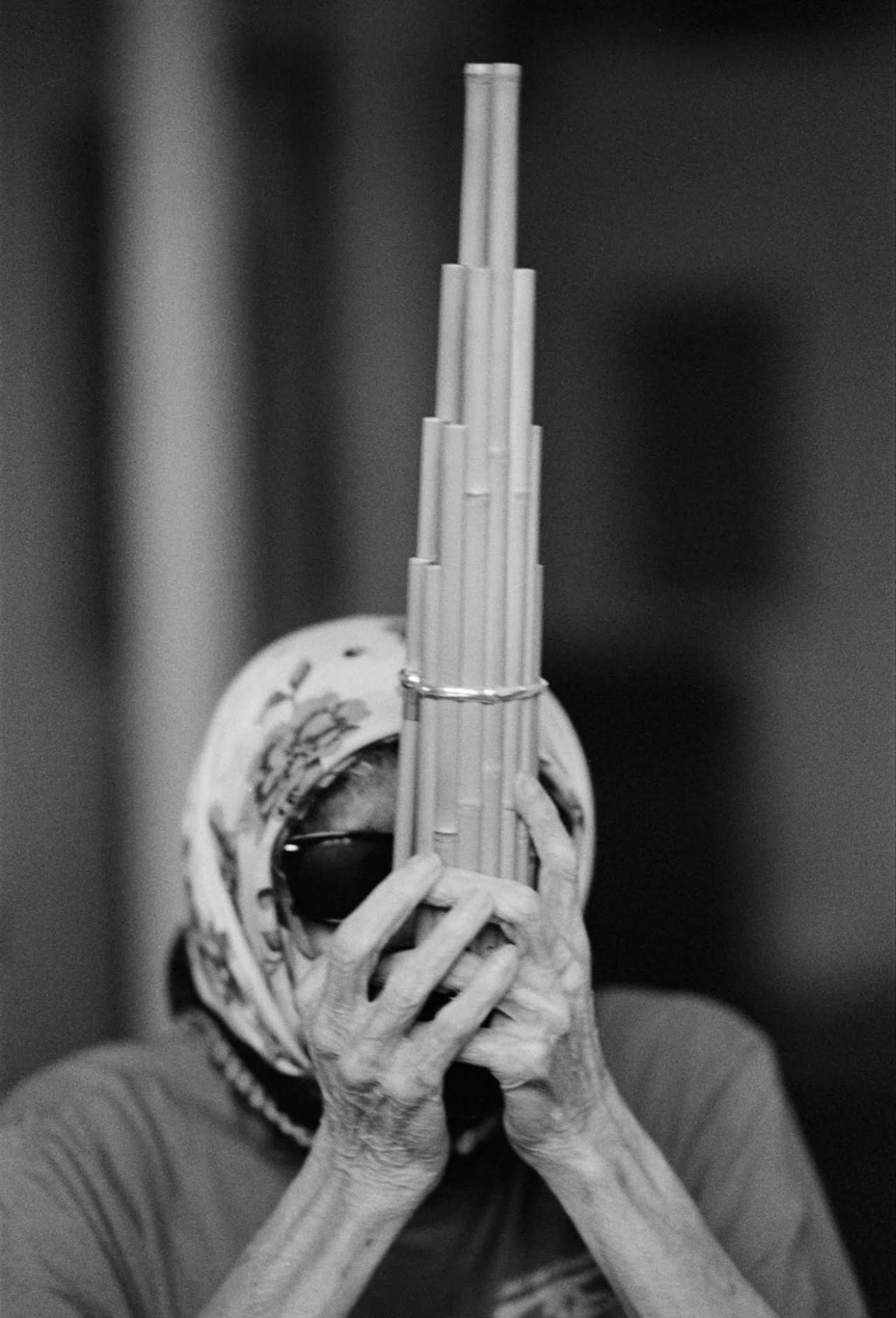 Swedish artist, composer, poet, and mathematician Catherine Christer Hennix (b. 1948) and her just intonation Kamigaku Ensemble perform a new work in which precision-tuned and continuously sustained tones on trumpet and shō—a Japanese free-reed mouth organ—harmonically coalesce in a framework of intervallic modalities constituted in part by electronically enhanced combination tones. This arrangement of the ensemble will feature Marcus Pal on electronics; Ellen Arkbro, Susana Santos Silva, and Hilary Jeffery on trumpet; and Hennix on shō.

Hennix’s compositions for the Kamigaku Ensemble update and expand upon these investigations into the potentials of high-intensity combination tone harmony in just intonation, bringing the artist back to an earlier point of departure. In all of her sound work, Hennix focuses on the psychophysical effects of harmonic sound, effects which may ultimately restructure the dynamics of perception and prepare one for entering into the distinctionless state of being she refers to as divine equilibrium.

Hilary Jeffery is a Berlin-based composer and instrumentalist who plays trumpet, trombone, tuba, piano, and electronics.

The Kamigaku Ensemble is a co-commission from Blank Forms, the Munch Museum, and Vassa Tassar, and is supported by Empty Gallery Hong Kong, the Nordic Culture Fund, and Swedish Arts Council.

The event at the Munch Museum is presented in collaboration with Ultima Oslo Contemporary Music Festival.